Real Madrid want to bring Napoli midfielder Fabian Ruiz back to Spain, according to reports in his homeland.

The 23-year-old has become an instrumental player for Napoli since joining the Italians from Real Betis in the summer of 2018.

He is also beginning to play regular football in the Spanish national team and Real are rumoured to be keen on signing him next summer. 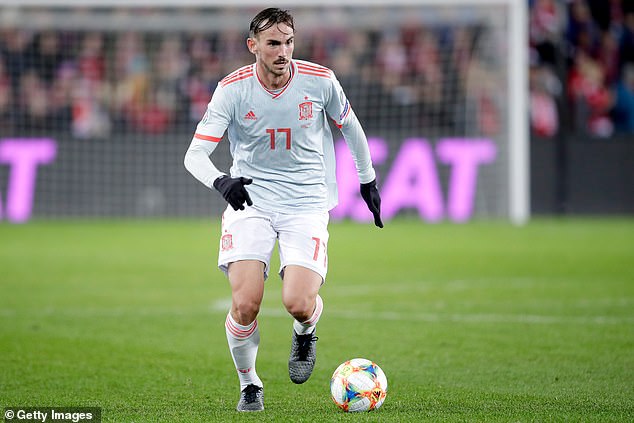 Real Madrid want to bring Napoli midfielder Fabian Ruiz back to Spain, according to Marca 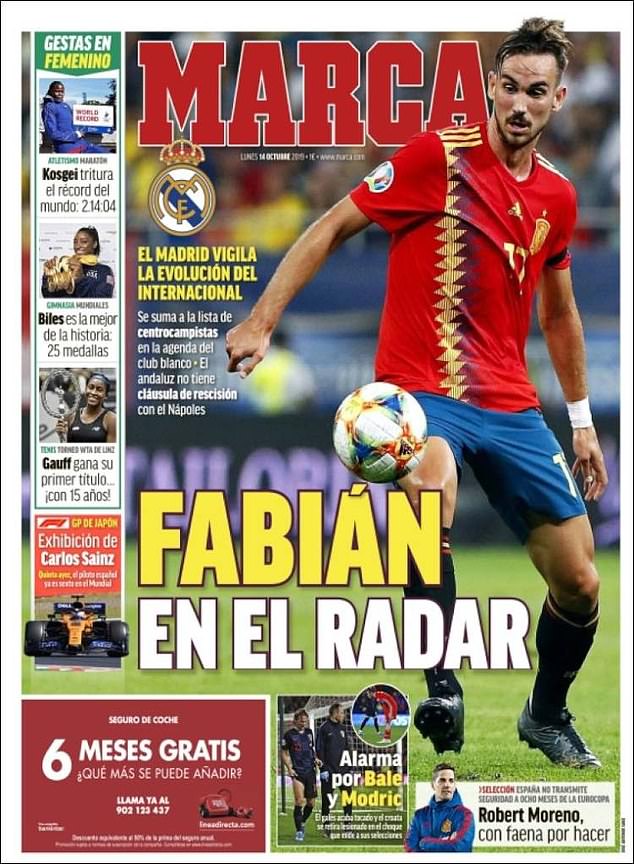 On the front page of Monday’s edition of Marca, the publication claims Real see Ruiz as the man to bring depth to their midfield ranks.

Zinedine Zidane only has four natural central midfielders in his squad at present – Luka Modric, Toni Kroos, Casemiro and Federico Valverde – and Ruiz would certainly add competition to the group.

The report suggests Real are huge admirers of Ruiz but their interest does not go beyond initial scouting at present. 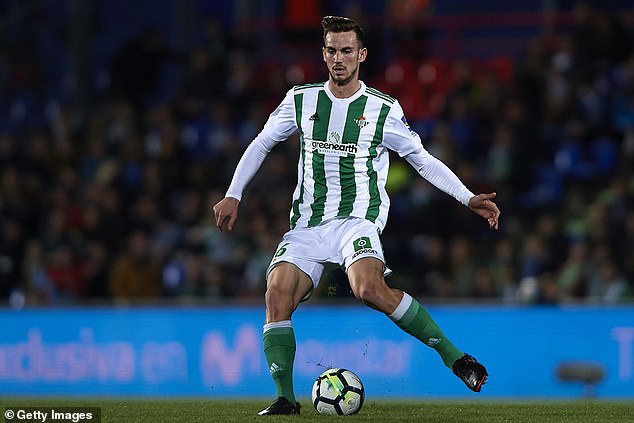 Barcelona are also following Ruiz’s development closely, as are a number of teams across Europe.

His contract also has no release clause in it, meaning it would be very difficult for Real to lure him back to Spain.

Relations between Real and Napoli are also fractured at present after the torturous negotiations for James Rodriguez over the summer.

Ruiz has made eight appearances so far this season, including 90 minutes in the Champions League win over Liverpool, and has scored one goal.

Rangers have already struck SIXTY goals this season, more than any...