Is this the first photo of Neymar as he gets set for his Barcelona return? PSG star’s sponsors share an image of him in this season’s Barca kit… and then delete it MINUTES later

Neymar’s wish to return to Barcelona looks to have been granted after one of the Brazilian star’s sponsor put a photo of him on social media in the Catalan side’s new shirt.

While the post, uploaded to Instagram by watchmaker Gaga Milano who boast Neymar as a brand ambassador, was deleted minutes after going live, it appears to all but confirm an agreement has been reached for him to leave Paris Saint-Germain.

Neymar left Barcelona for £198million in 2017 but has grown unhappy in Paris in recent months and has made no secret of his desire to return to La Liga. 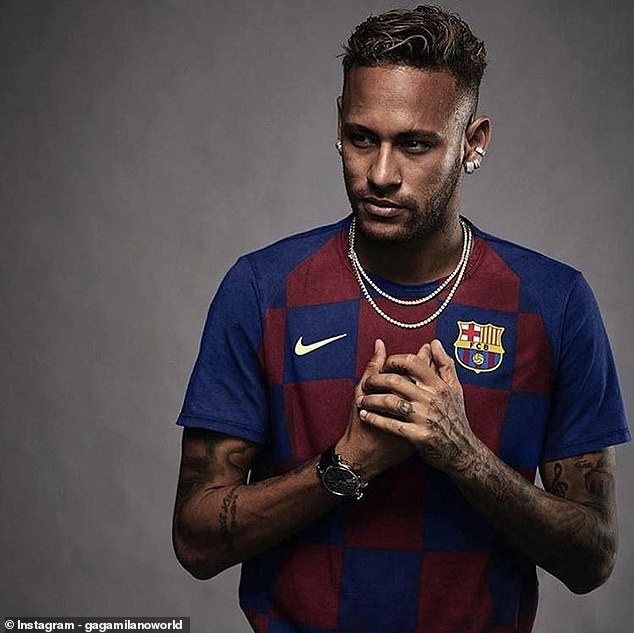 While the move is seemingly close to completion, Barcelona manager Ernesto Valverde admits he will be glad to see the transfer window close on September 2.

Speaking to Sport, Valverde said: ‘I am looking forward to Monday. We can all take a break [from transfer talk] then.

‘He’s a PSG player and we respect our rivals, but I will repeat we’re looking forward to this all coming to an end.’

Neymar is yet to play for PSG this season as his future remains unresolved but he has appeared in good spirits during training at the club’s base. 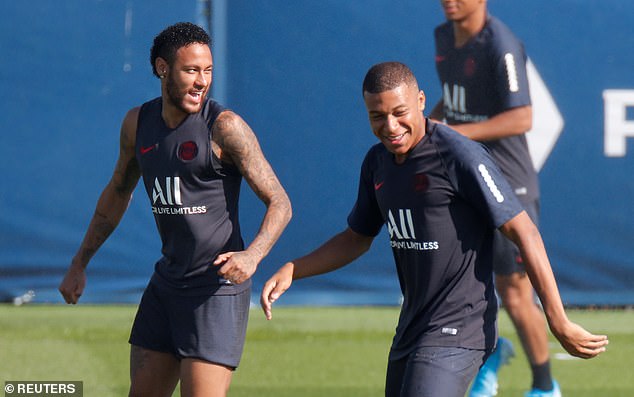 Despite winning four major titles across two seasons in France, Neymar has reportedly been keen on a departure and the post by Gaga Milano looks to suggest his time in Paris is over.

If the deal does go through he will also team up with fellow Barcelona new-boy Antoine Griezmann who completed a £108m move from Atletico Madrid during the summer.

He will also reunite with Luis Suarez and Lionel Messi, the three attackers having formed a lethal combination together at the Nou Camp.

The 27-year-old spent four seasons in Spain, scoring 101 goals in 185 games, before leaving for the Ligue 1 champions. 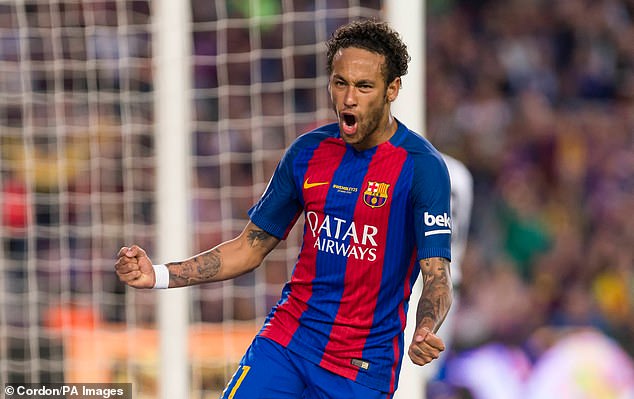 Fiorentina ‘close in on January loan deal for Alessandro Florenzi’