As we head into the international break, it’s mostly back to normal at the top of La Liga, with Real Madrid, Barcelona, and Atletico Madrid the usual suspects occupying the first three positions.

However, much like Granada are a surprise package in the fourth spot, there’s also an unfamiliar face at the top of the La Liga scoring charts.

Real Betis striker Loren Moron has scored six goals so far this season in the league, putting him level with Karim Benzema and Gerard Moreno. 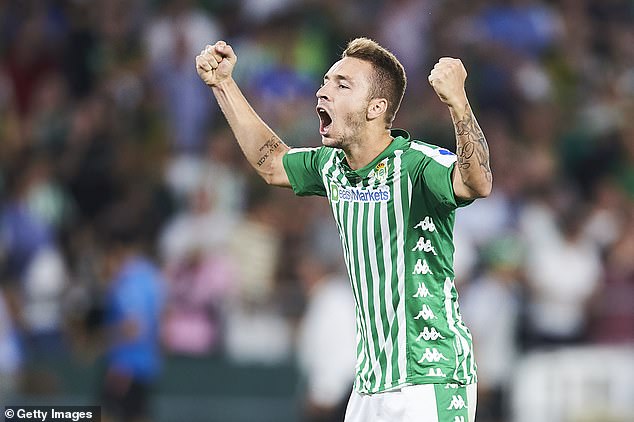 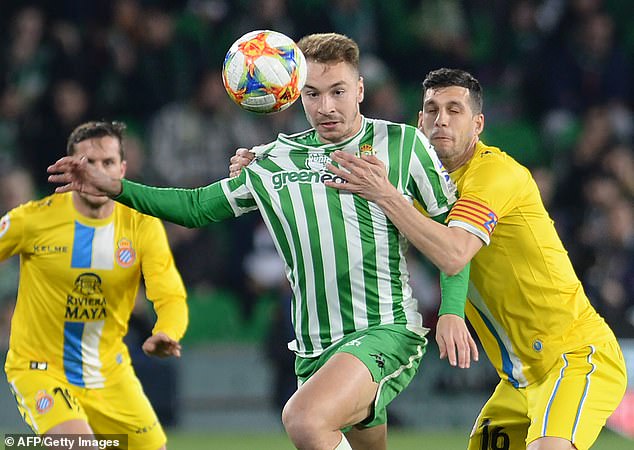 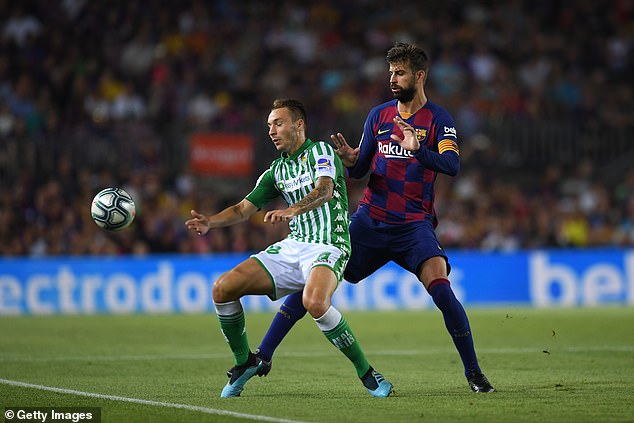 Moron scored and got an assist against Barcelona, and has scored six goals so far this season

In fact, it’s a surprise Moron is even a Real Betis player at all this season, after interest from a number of clubs over the summer.

Lokomotiv Moscow and Bordeaux were among the clubs reported to be after his services, and there were £9million bids from Cardiff and West Bromwich Albion on the table.

With new attacking arrivals in the form of Borja Iglesias and Juanmi, combined the fact Moron was left out of some pre-season squads, it seemed as though an exit was likely for the Spaniard.

However, he rejected all offers, wanting instead to focus on his career at Real Betis. And just look how it has turned out.

Moron scored in his first three matches of the season, including a goal and an assist against Barcelona. He then got a red card against Getafe, but then made up for it by firing two past Levante on his return from suspension. His goal against Eibar at the weekend sent him back to the top of the scoring charts. 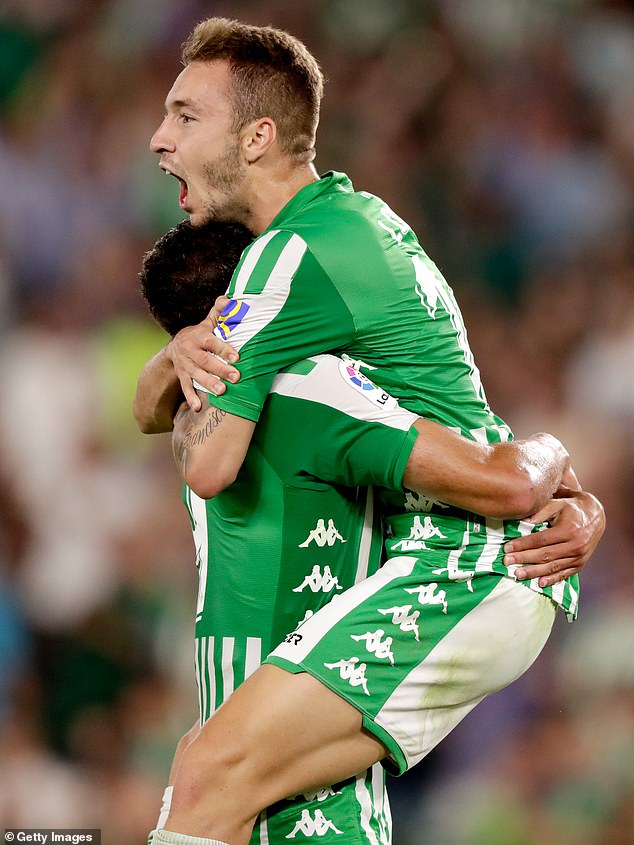 He has the lowest minutes per goals ratio in the league, and has a good shots on target stat

Factor in his shots per goal and minutes per goal statistics, and he’s one of the most lethal strikers in Europe right now.

Moron has only had 10 shots this season (compared to Benzema’s 23 and Moreno’s 19), seven of which have been on target, and six of which have hit the back of the net. That’s the kind of return you want, particularly Real Betis, who are struggling for form.

Thanks to his suspension and various substitutions, he’s also played a lot less than his scoring rivals. He’s played 510 minutes so far in La Liga (Benzema is on 611, and Moreno is on 677). That makes for an outstanding 85 minutes per goal.

No wonder Cardiff and West Brom wanted him. Grady Diangana is the top scorer for the Baggies this season with just four, while the Bluebirds don’t have anyone over two goals scored. So far, it seems Moron was right to snub Championship football to continue in the top flight in Spain. 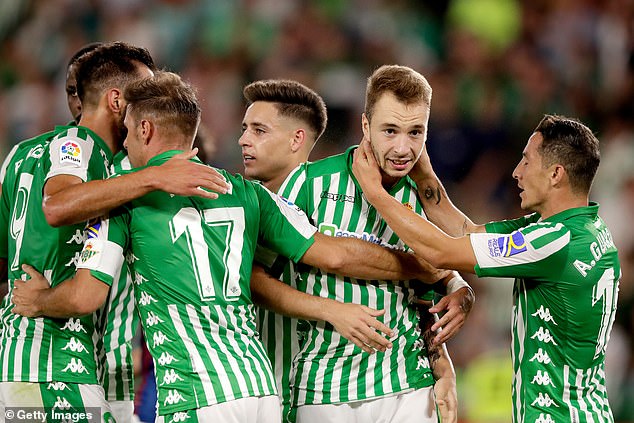 The 25-year-old has battled his way up through the leagues since starting his career in 2012.

His first professional club was Estepona in Spain’s Tercera Division, the fourth tier of Spanish football. He only managed a couple of goals before moving to Marbella for the second half of the season, where his father Lorenzo just happened to be assistant manager at the time. But he only scored three goals in 15 matches.

Lorenzo Moron had a fairly successful career himself, playing as a central defender. He played a season at Sevilla, and went on to play 147 times for Recreativo, helping them avoid relegation and even starting in a Copa del Rey final. 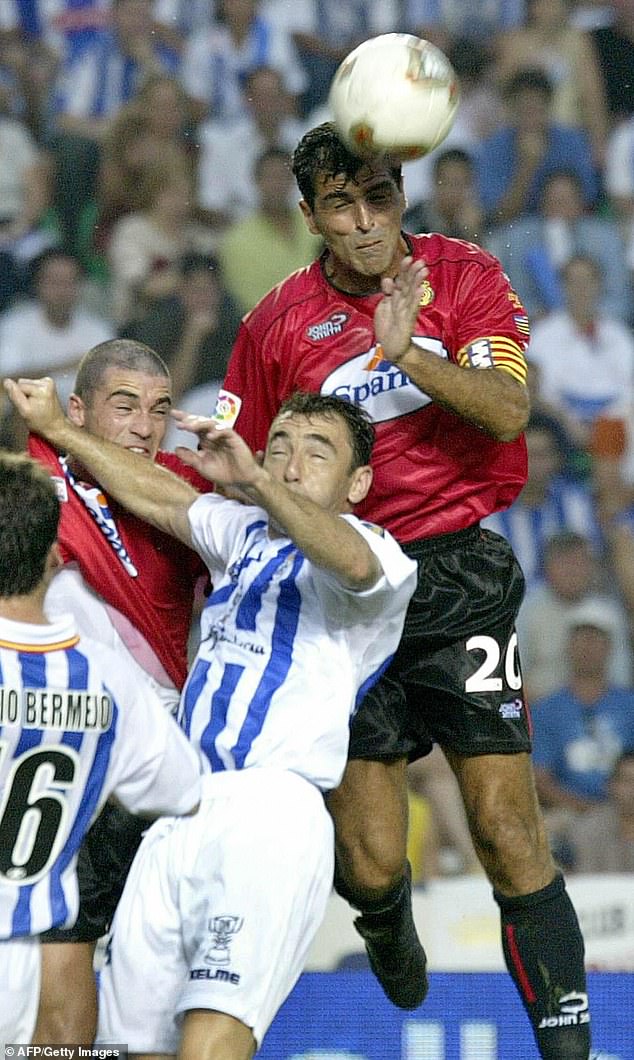 Loren Moron had a slightly better return in his second season with Marbella in 2013-14, although not exactly setting the world on fire, grabbing seven goals in 21 appearances.

Moron made a loan move in 2014, this time arriving at Velez, where he doubled his output, scoring 14 times in 21 matches in the Tercera Division. His performances got him noticed by Real Betis, who signed him to their B squad, which has been flitting between the Tercera Division and the Segunda Division B, Spain’s third tier. 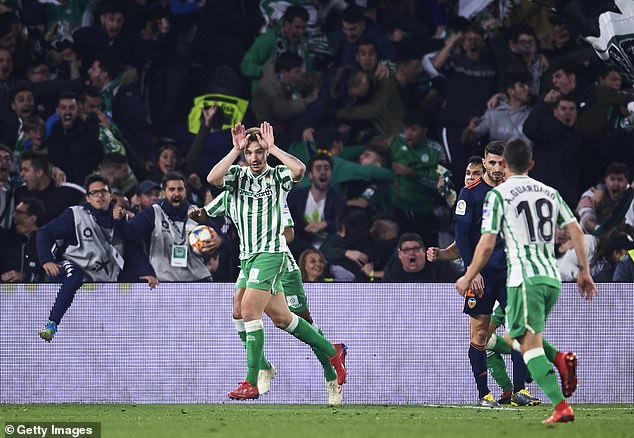 Moron almost left Real Betis in the summer, but they will be glad he rejected offers now

That’s when his future came into question. According to an interview with the club (via Okdiario) he even considered the Lokomotiv Moscow proposal ‘several times. It was a very good opportunity for me, but call it intuition or whatever. I told my girlfriend we were going to Moscow, but my heart threw me and I stayed here.’

In six games so far this season, Moron has already equalled last season’s goal tally, proving he has very good intuition indeed. Although, he would have been part of a squad that sits top of the hotly contested Russian League had he made the move.

Regardless, the striker penned a new contract at Real Betis over the summer, raising his release clause to 40million euros (£36million) plus variables, and extending his stay until 2022, quite a bit more than what Cardiff and West Bromwich Albion were willing to pay for him.

Real Betis will be hoping he continues his goal scoring run throughout the rest of the season, as with the team currently sitting just two points above the relegation zone, Moron could be crucial to their survival.

The only question remaining is when Spain boss Roberto Moreno will call him up to the national squad.

Barcelona confirm Ousmane Dembele is out for SIX MONTHS and will...