‘This is his final’: Spanish newspapers ramp up pressure on Eden Hazard to deliver on the big stage as Real Madrid’s injury-hit side travel to Galatasaray for Champions League clash

The Spanish newspapers are already appearing to run out of patience with Hazard following his slow start to life in Madrid.

Marca claim the club brought Hazard to help them win trophies and have dubbed Tuesday night’s fixture in Turkey the Belgian’s ‘final’ with Madrid staring down the barrel. 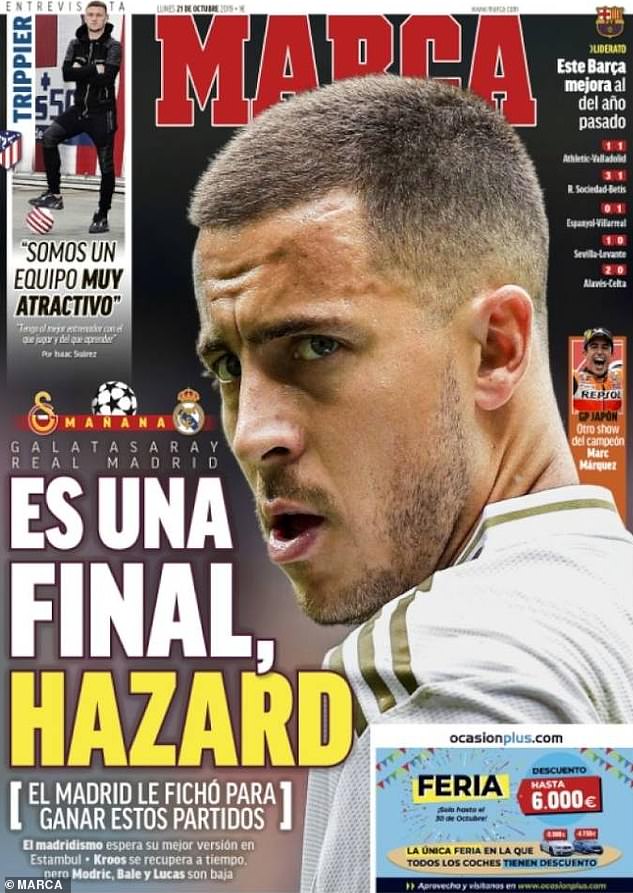 The Spanish giants sit rock bottom of their group, having claimed just one point from their opening two games, and will face a real battle to qualify if they fail to claim three points on Tuesday.

Zinedine Zidane is without five first-team players due to injuries, including Toni Kroos and Gareth Bale, leaving the onus firmly resting on Hazard’s shoulders.

The 28-year-old, who missed Saturday’s 1-0 defeat against Mallorca to be present for the birth of his fourth child, has managed just one goal in six games for Madrid since joining in a £150million deal from Chelsea. 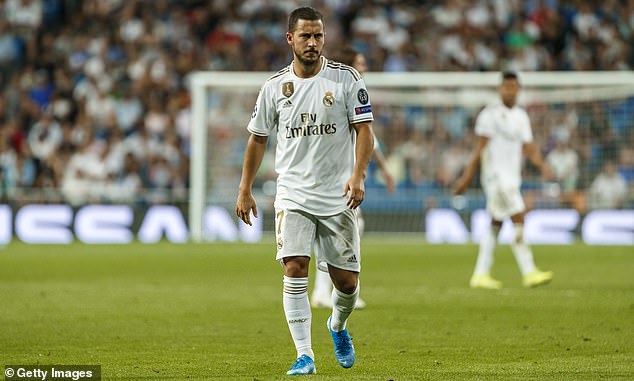 Frank Lampard questions his Chelsea players as he says they ‘lacked...