Barcelona may have found the footballing heir to Lionel Messi after Alex Collado scored an outrageous solo goal for the club’s B-team.

The 20-year-old midfielder found the net in Barcelona B’s Segunda Division B encounter with Atletico Levante; slaloming towards goal in a style synonymous with the five time Ballon d’Or winner.

With Barca 1-0 up and the clock ticking down at the Johan Cruyff Stadium, the Spaniard picked the ball up on the right flank with multiple defenders nearby. 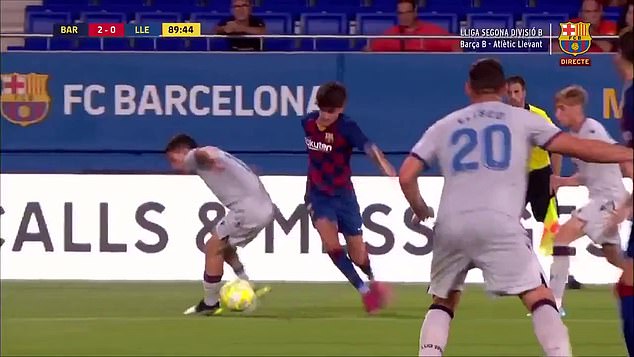 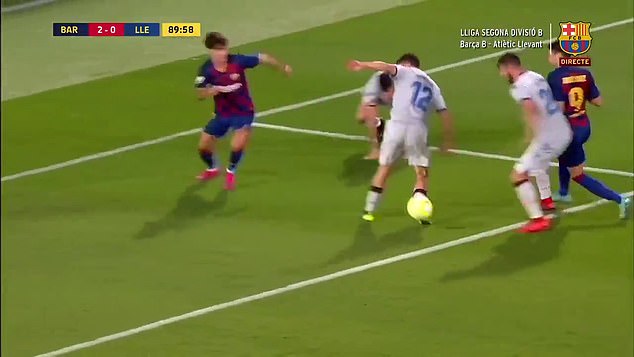 The 20-year-old evades another opponent; knocking through the defender’s legs again

Collado cleverly poked through the legs of the first opponent, skipping past and rolling the ball with his studs as he entered the penalty area.

The youngster, who represented Spain at Under-19s level, then left another defender for dead; somehow managing to nutmeg the first defender again before gliding towards the six yard box.

With only the keeper to beat Callado, who is under contract with the Catalan club until June 2021, showed the presence of mind to backheel past the onrushing goalkeeper and into the net.

The latest star to come off La Masia production line has already produced two goals and two assists this season.

Barca B currently stand fifth in the Segunda Division Group III having won three, drawn two and lost one of their opening six matches. 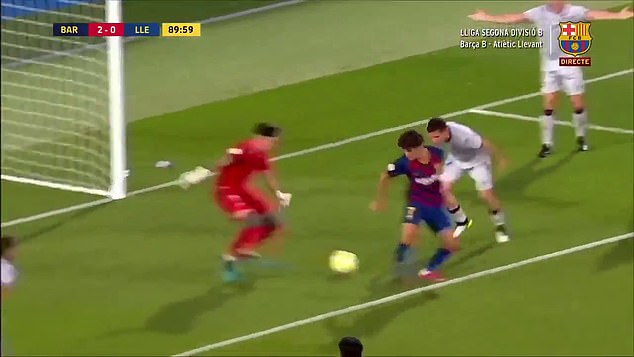 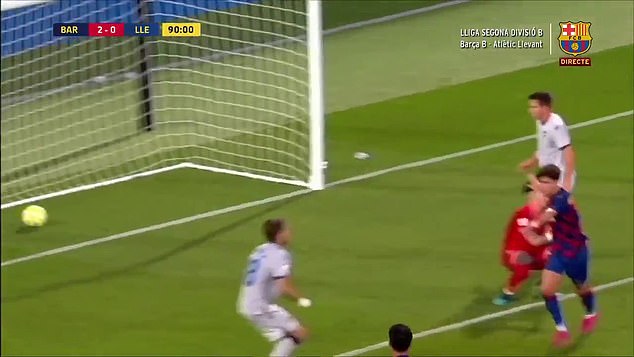