Barcelona wonderkid Ansu Fati could reportedly represent Spain at the European Championship next summer following his debut for the Under 21s.

The 16-year-old made his first appearance for Spain U21s as a substitute in their 2-0 win over Montenegro on Tuesday night.

And now the teenager could find himself included in Robert Moreno’s Euro 2020 squad in the summer if he continues to perform, according to Spanish outlet AS. 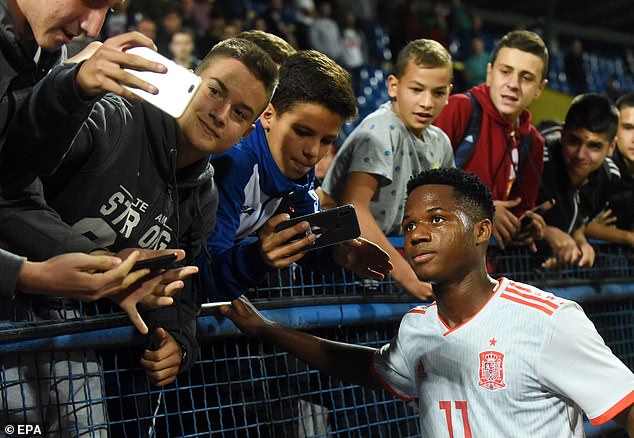 Fati has been a sensation so far this season, scoring two goals and supplying one assist in six matches for Barcelona.

Just last week Spain manager Moreno refused to dismiss Fati could be playing at the tournament in June.

Fati became Barcelona’s youngest ever goalscorer when he found the back of the net at Osasuna in August. 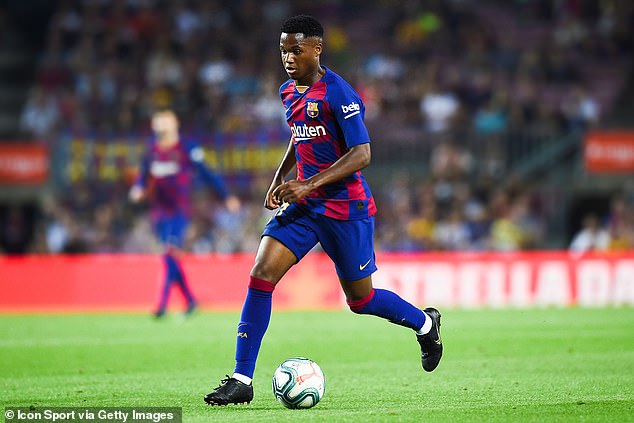 Fati has been a sensation this season, scoring two goals and supplying one assist in six games