‘I’m not ruling out the fact that he could play’: Spain boss Robert Moreno refuses to dismiss Barcelona teen Ansu Fati playing at Euro 2020

Spain head coach Robert Moreno insists Barcelona’s teenage star Ansu Fati could yet force his way into the squad ahead of next summer’s European Championship.

The 16-year-old has burst onto the scene for the LaLiga champions this season and was rewarded with a call-up to the under-21 squad this week after acquiring a Spanish passport.

Fati, born in Guinea-Bissau, became the youngest Barcelona player to appear in the Champions League this season and Moreno admits he is becoming difficult to ignore. 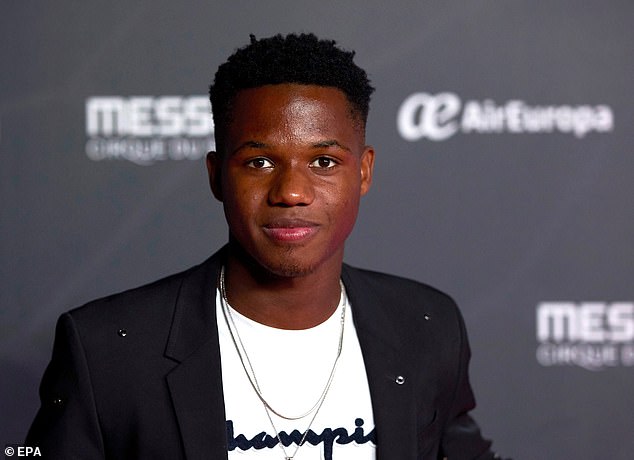 ‘I’m not ruling out the fact that he could play at Euro 2020. It would be foolish to say that he will not go,’ Moreno told a press conference as reported by Marca.

‘There will come a time when we have to look at the different pieces and see who is in the picture. Any good player is welcome in the team.

‘He has broken the system in terms of players in specific age groups. Hopefully he can help the under-21s with qualifying.’

Spain have a perfect record in qualifying, including a 2-1 win over Norway in the first round of fixtures in March.

Martin Odegaard is one member of the Norway squad who will be familiar to Spain. The 20-year-old is on loan at Real Socieded from Real Madrid and has impressed this season – winning LaLiga player of the month in September. 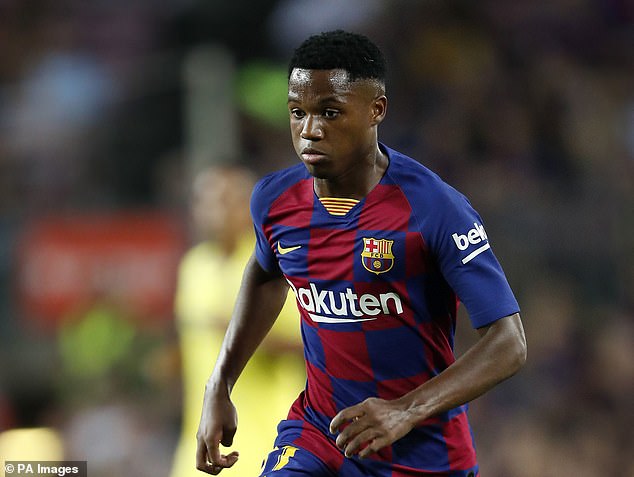 ‘He is doing very well but there is no specific plan to stop a player,’ Moreno added.

‘I wouldn’t make a specific plan to stop him or anyone else. At the end of the day Norway are a good team and we will have to be effective to get the win.’

Odegaard is looking forward to the challenge of taking on Spain and is excited to play in front of a packed crowd in Oslo.

‘It will be very special, it is by far the biggest thing one can experience as a national team player. We’re looking forward,’ he told the official Norway website.

‘A fully-fledged Ullevaal (stadium) is absolutely magical and we hope everyone creates as much life as possible and supports us to victory. That would be fantastic.’

Norway sit fourth in Group F but are just two points adrift of second-placed Sweden, against whom they picked up a 1-1 away draw last time out.

Head coach Lars Lagerback wants them to build on that result.

‘The defence was very good, in addition we created more than Sweden and it is good on the field against a good team,’ Lagerback added.

‘I hope we can build on that while hopefully becoming more efficient so that we can score some goals.’