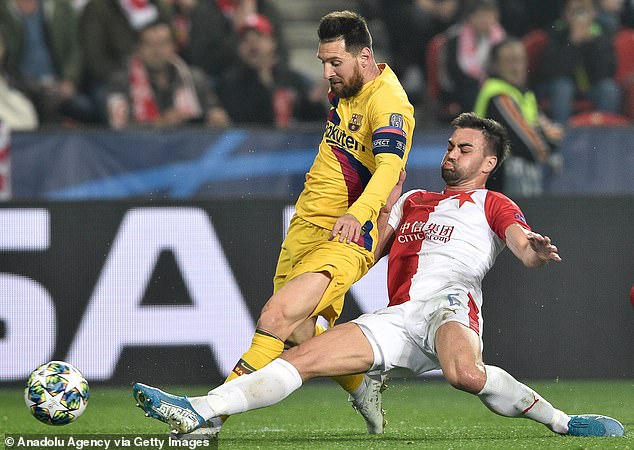 The five-time Ballon d’Or winner went racing into the Slavia penalty area but was stopped in his tracks when Hovorka rapidly swept the ball away and out for a corner.

The 26-year-old rose to his feet and snarled in celebration before ordering his team-mates to defend the set piece.

The Argentine started and finished a flowing move to give the visitors the lead but Slavia bounced back after half-time when Jan Boril fired beyond Marc-Andre ter Stegen. 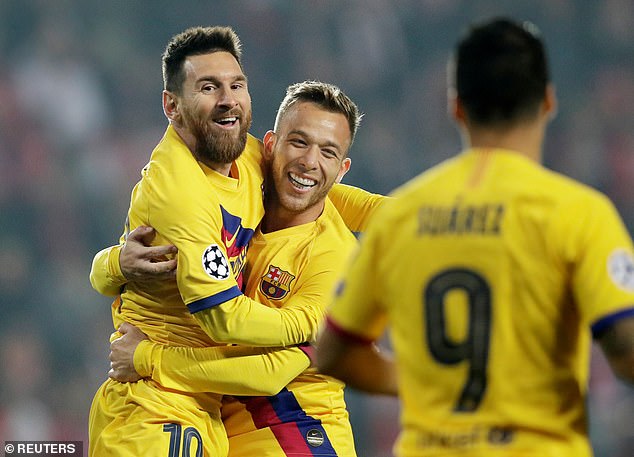