River Plate coach Marcelo Gallardo has attempted to throw water on intensifying speculation that he will replace Ernesto Valverde at Barcelona.

An increasing number of fans have voiced their frustration at Valverde after a series of underwhelming Barca displays this season. Despite his side being second in the La Liga standings with two games in hand, the Blaugrana have already lost three times domestically.

Barcelona and club president Josep Bartomeu demand not just results, but points achieved in a stylish manner, so their inconsistent form has led to Gallardo being mooted. 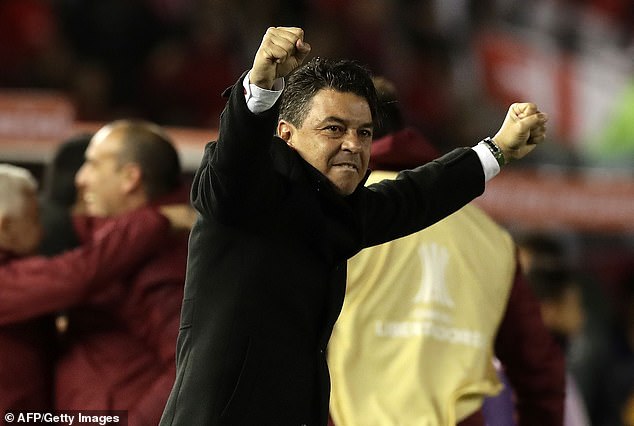 However, the Argentine told a news conference on Friday, via Globo Esporte, that he hasn’t been approached.

‘No party came forward to start a conversation, especially knowing that we are in a very important phase for our club, playing decisive matches.’

‘Of course there is nothing that takes my focus off the goals ahead,’ he said.

‘I can’t echo the rumours,’ he added. ‘No one came to suggest a meeting or analysis of what to do in the future. This is not the time for that.’

The 43-year-old former attacking midfielder has won two Copa Libertadores titles since taking over at River in 2014, but has failed to win the league.

After 12 Argentinian Primera Division games this season, his side sit third – a point adrift of Argentinos Juniors and Lanus. 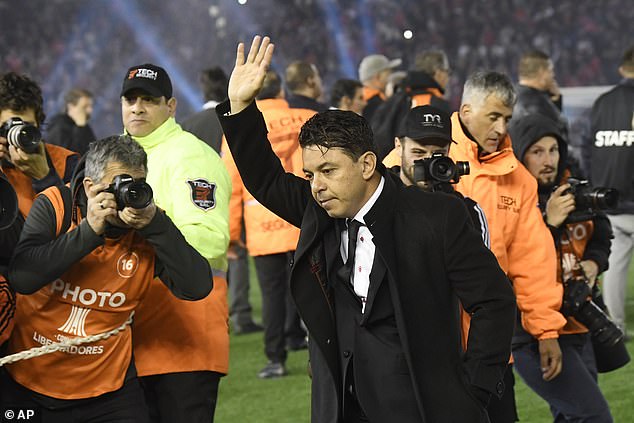 Gallardo is in charge of River Plate, who are attempting to defend the Copa Libertadores 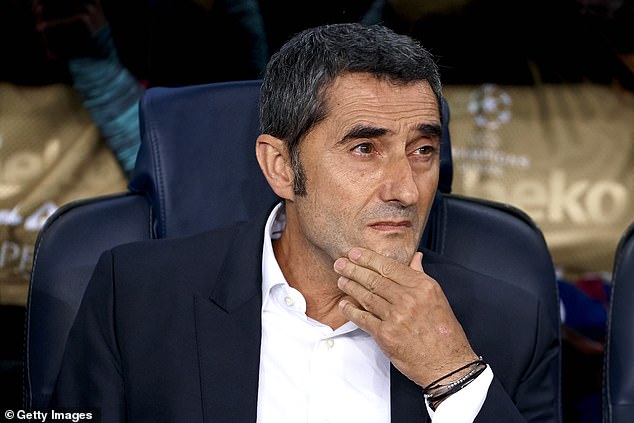 Ernesto Valverde has won back-to-back titles, but Barca have struggled at start of this season

Although Gallardo is remaining coy, River sporting director Enzo Francescoli seemed resigned to him leaving when he spoke to reporters this week.

‘We need to be prepared for any decision,’ he told TYC Sports .’This happened a few years ago when Ramon Diaz told us he had to leave, but I don’t think about this a lot.

‘You [the media] make me think about this when I speak with you. I’m not thinking about what’ll happen in a couple of months because it’s not even my decision.’

Barcelona are stuttering after a winning streak of seven in a row. On Saturday they were shocked 3-1 by Levante away in the league before drawing at home with Sparta Prague in the Champions League on Tuesday.

But Valverde insists he isn’t worried, telling reporters on Friday: ‘I’m not worried about my future. The other day I had dinner [with Bartomeu]. I feel supported and respected. 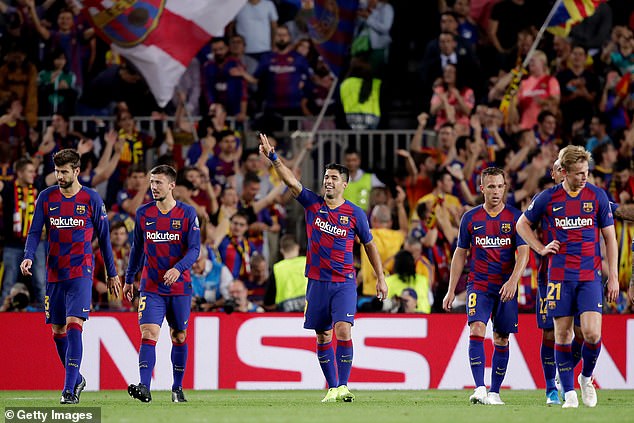