‘I like Italy… we’ll see if I play over there’: Luka Modric opens door to playing in Serie A as Real Madrid star prepares to become a free agent

Luka Modric is open to the possibility of playing in Italy at some stage during his career but has reiterated his happiness at Real Madrid.

The Croat, who has just one more year left to run on his contract, has been continuously linked with a move to Serie A – with the Milan clubs said to be interested in the 34-year-old.

And Modric has now spoken of his admiration for the Italian game due to several of his international team-mates playing there. 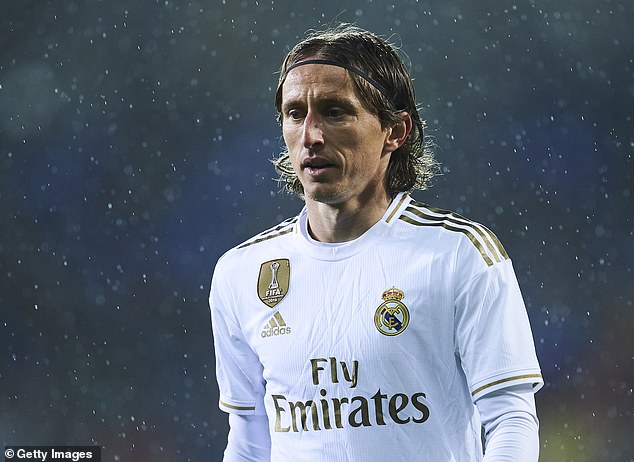 Modric, speaking to Sky Italia, said: ‘I like Italy, I follow Serie A because many of my team-mates from national team are there.

‘Italians are fantastic. Italy is close to Croatia and people have similar mentalities.

‘I like Italy, we’ll see if some day I play in Italy. I can’t talk about this because I’m a Real Madrid player, I’m enjoying my time there and for the time being I see my future in Madrid.’

Modric joined Real Madrid from Tottenham for £30million back in August 2012.

Borussia Dortmund confirm Mario Gotze has gone to hospital to have...