Vinicius Jr has admitted he turned down the chance to sign for Barcelona in order to join their fierce rivals Real Madrid.

The Brazilian, who was the subject of intense interest from clubs in Europe after busting onto the scene with Flamengo as a teenager, agreed to join Real in 2017.

But the offer from the Bernabeu was not the only one Vinicius received, with Barca also making an attempt to bring him to La Liga. 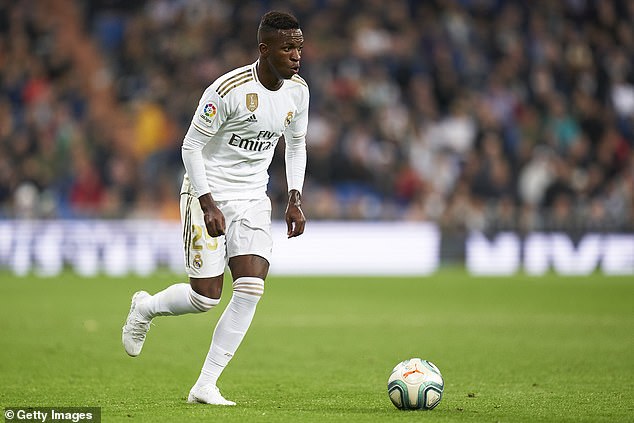 Asked about the moment he found out about Real’s £38million bid, Vinicius told AS: ‘I thought it was not true, I thought they were just rumours from the newspapers.

‘I had proposals from Madrid and Barca too. My father told me that I had to choose and I had to follow my heart.’

The 19-year-old began to make an impact for Real last season and has played 10 times in all competitions this term, scoring once for Zinedine Zidane’s side. 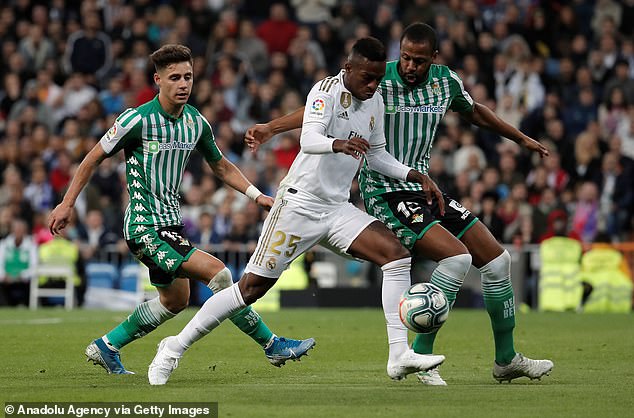 Vinicius also had his say on his blossoming relationship with Karim Benzema, who has been one of Zidane’s best performers so far this season.

‘With Karim I feel a special connection,’ he said.

‘He always talks to me before the games. In a game against Atletico that was not right, he took away a little pressure from me and that made me play better.’