Two brilliant Joel Robles save from Vinicius Junior on 89 and 90 minutes prevented Real Madrid from beating Betis and moving to the top of La Liga, and he did it all with just one contact lense.

The former Everton keeper also went in bravely on Ramos deep into injury time as the Real Madrid captain – playing by now as an auxiliary centre-forward – tried to force the late winner.

Betis celebrated the point like a victory and Joel – who had lost a contact lense in the second half – took the deserved praise. 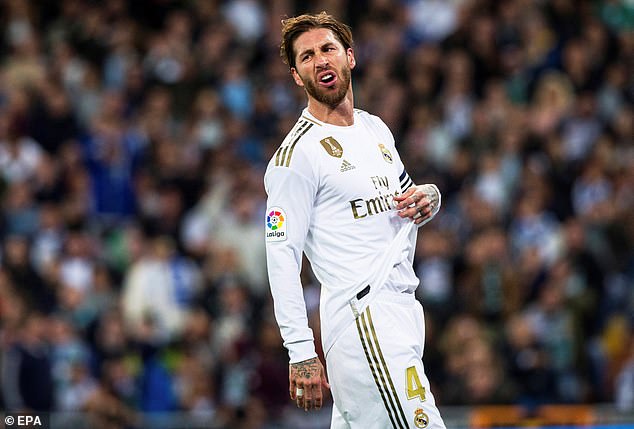 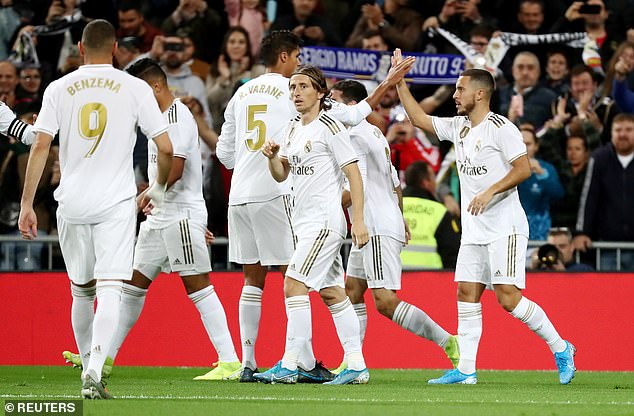 Madrid had started well with Luka Modric back in the team after injury and playing a brilliant dummy that allowed ball to run through for Karim Benzema who couldn’t finish.

On eight minutes Eden Hazard thought he had put Madrid in front. He dropped his shoulder and shimmied in from the left before shooting past Joel.

It looked like the Belgian back to his brilliant best but VAR reviewed the goal and showed Hazard had been offside when he received the ball so it was cancelled out.

When Betis finally got out of their half it was Nabil Fekir who shot just wide on 21 minutes.

Feikir then won free-kick after he had been chopped down by Casemiro. He fired it into the wall but from the won corner Guardado went close.

Fekir was on form. The former Liverpool target has already scored again Barcelona this season and he tried his luck with a long range shot that almost caught out Thibaut Courtois.

Ramos should then have put Madrid ahead but Joel saved brilliantly as he charged through on to Benzema’s perfect chest pass. 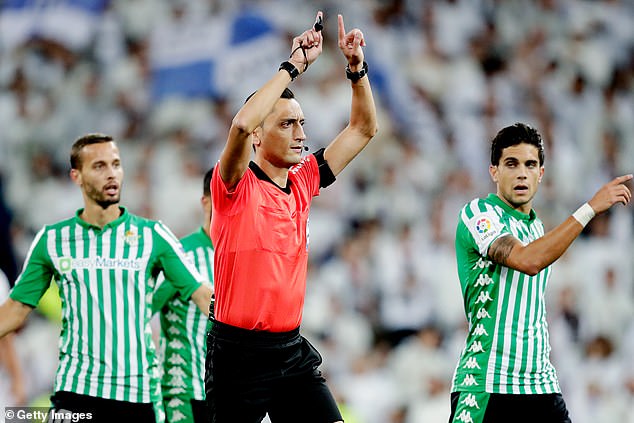 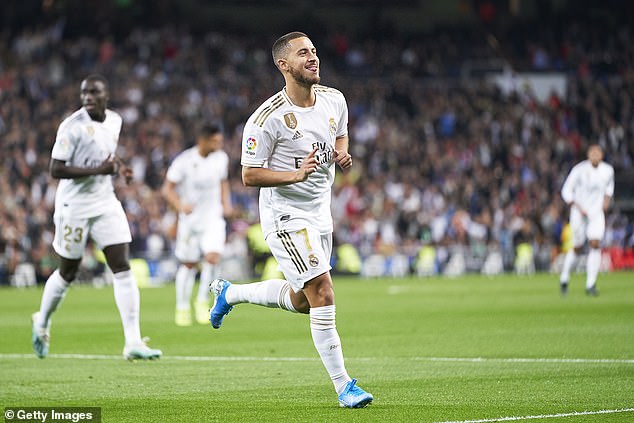 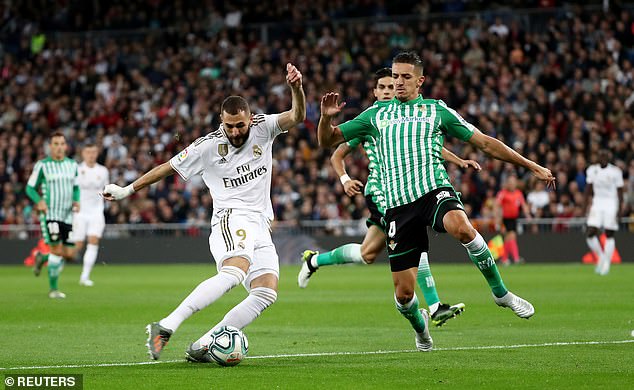 Next Loren tried his luck from distance and Courtois had to dive full stretch to save. Having dominated the first 20 minutes the half ended with little between the two teams.

Madrid continued to be frustrated in the second half. Rodrygo forced a corner with one deflected shot but they could find no way around or through Betis’ five-man defence.

They were given some help when keeper Joel lost that contact lense and Betis medical team were unable to help him replace it. Ramos certainly seemed desperate to test the keeper from distance but his wild shot was high and wide.

Betis brought on Borja Iglesias and he immediately won a corner. Courtois caught it and bowled it out to Benzema but when he played in Vinicius the winger, who had replaced Rodrgyo, failed to hit the target.

With 10 minutes left Real Madrid thought they had a penalty when Zouhair Feddal handled in the area. Play continued with referee Jose-Maria Sanchez assuring Real Madrid players the incident would be reviewed. 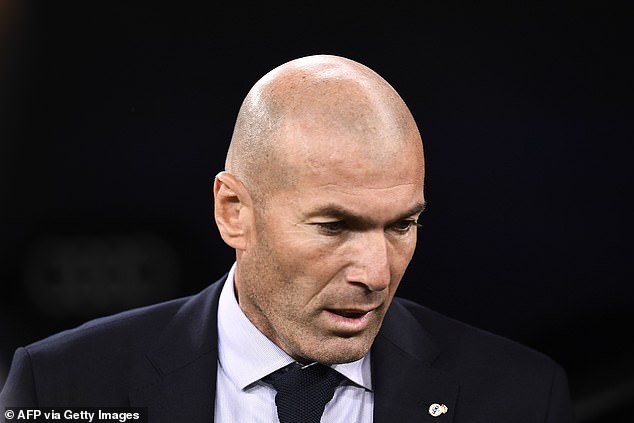 The ball did not go out of play for several minutes and Fekir almost scored at the other end as Betis broke. When it did go out of play VAR informed the match official that there was no penalty – adjudging the player to have touched the ball with his hand but only as he went down using his hand to support his fall.

This will give us confidence,’ said the Betis keeper who came into the game as the keeper of the team with the worst defensive record in the league. ‘I lost the lense and could not replace it. These things happen.’

Ramos said: ‘We knew this was a chance to go top but the work and attitude was right. You should praise Betis too.’