All eyes were on the Balearic islands on Saturday night, as plucky Mallorca defied the odds to beat the might of Real Madrid and secure a famous victory for the club.

Two seasons ago, the islanders plied their trade in the third tier and back then they could seldom have dreamed of a La Liga night like this.

It has been a meteoric rise for a club that, despite being 103 years old, see themselves as the new kids on the block. They were over £60m in debt when their new owners took charge in 2016, and by their own admission ‘nearly disappeared’ on three different occasions. 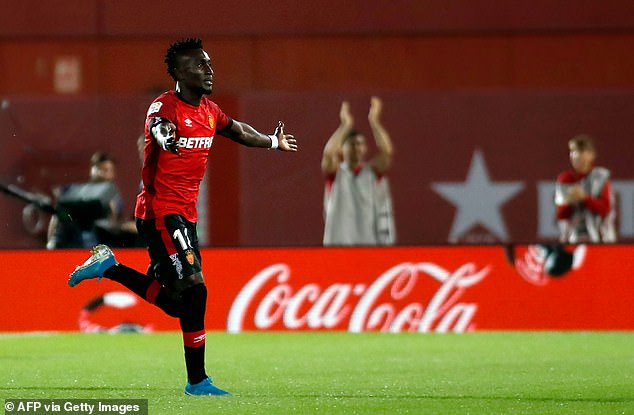 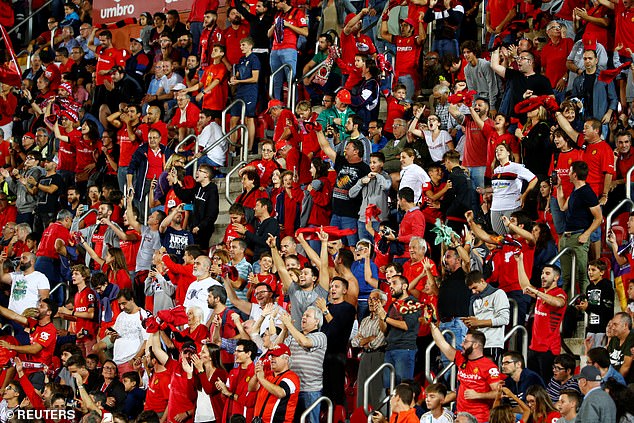 Now, everything is different. They are back in the top flight, 16 years after playing in the UEFA Cup final, and for ‘several reasons’ believe they have a special project on their hands.

Speaking to Sportsmail in a UK exclusive interview before Saturday’s historic win, the club’s CEO Maheta Molango explains: ‘We will never be Real Madrid or Barcelona, it’s just a fact. We accept that, but at the same time there’s no reason that we can’t be a club like Villarreal or Real Sociedad, for several reasons.

‘Number one: although Mallorca is an island, it’s the eighth biggest city in terms of inhabitants, so there’s a talent pool there, to help us grow. We can have a very strong academy. Secondly, we believe that Mallorca is a very special city, because there’s more than 10 million tourists every year. It’s an international city.

‘Thirdly, we believe that as a club, with our history, we already have the facilities. We have a La Liga stadium, a La Liga training ground. We are a La Liga club.

‘Fourth, our connection to the Phoenix Suns makes us a very special club. There’s a bridge between the best football league in the world, La Liga, and the best league overall in any sport, in the NBA. We will never be Barcelona or Real Madrid, and we accept that, but we can be a sustainable, strong and serious project long-term.’

And serious they certainly were on Saturday night. Lago Junior scored the only goal of the game early on as Mallorca ended Real Madrid’s unbeaten start to the season and in turn hauled themselves out of the relegation places. 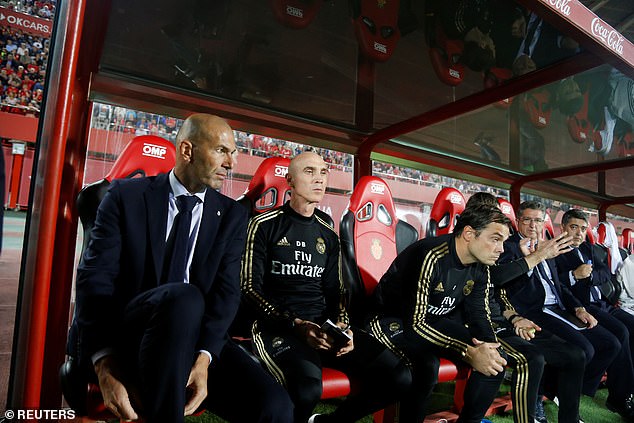 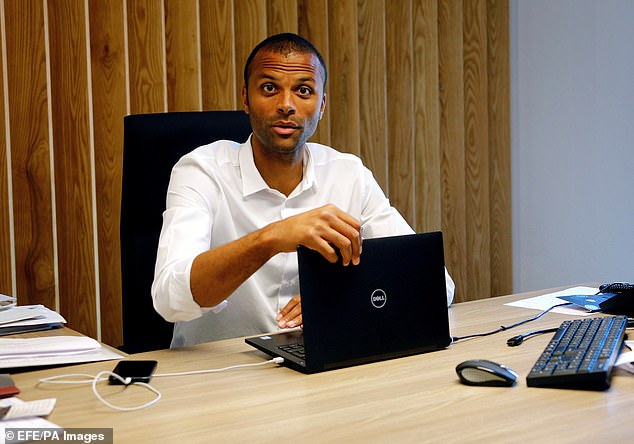 The club know that it won’t be easy to stay up this season, though. Their budget, with a £25million purse to buy players, is easily the smallest in La Liga and is dwarfed by some clubs’ spending in the second tier of Spanish football.

Regardless, they are picking up wins. The islanders won their opening match of the season, and have now found a run of form to secure back-to-back victories. There have been five defeats too, but there seems to be a reality about their situation and place in La Liga.

‘It’s not just about resources, it’s about understanding that we are what we are,’ Molango continues. ‘We have a €29m salary cap, which sounds like a lot but nowadays in modern football it’s nothing.

‘We are midgets in the lands of giants. We cannot base our success just on talent, because there are teams that are more talented – that’s why they earn more money. 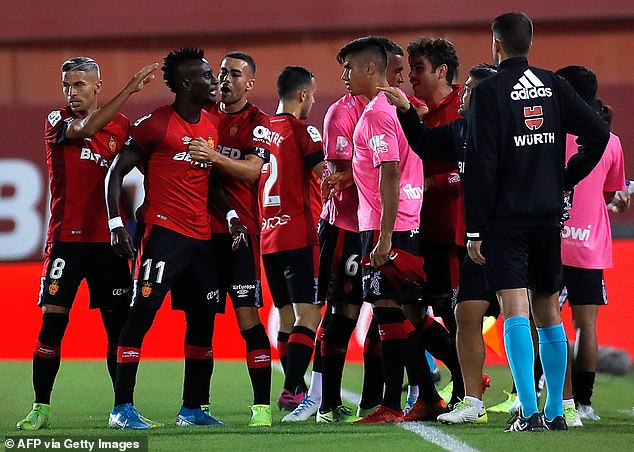 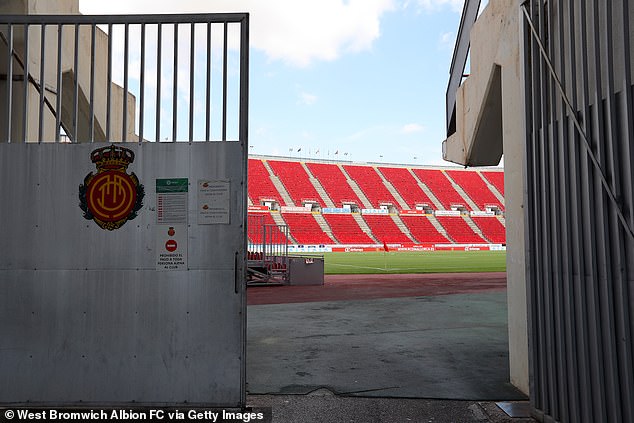 ‘After studying the likes of Eibar and Leganes in La Liga, we understand that they all have some common features… a good coaching staff, players that they kept, and a stable and sustainable management.

‘We hope that’s the recipe for success in La Liga. We don’t have any other choice because we can’t spend more.’

One huge boost that can help the club immensely going forward is their partnership with Real Madrid, who will now be smarting after Saturday night’s result.

Mallorca have signed their 18-year-old midfielder Takefusa Kubo – dubbed ‘the Japanese Messi’ – on loan, have sent three of their young academy players to join Real Madrid, and signed Aleix Febas on a free from the Bernabeu.

‘For us, it’s a source of immense pride that Real Madrid see us as a good destination for their top talents,’ Molango notes. ‘That is one of our main goals, to be seen by the top clubs as the perfect destination. 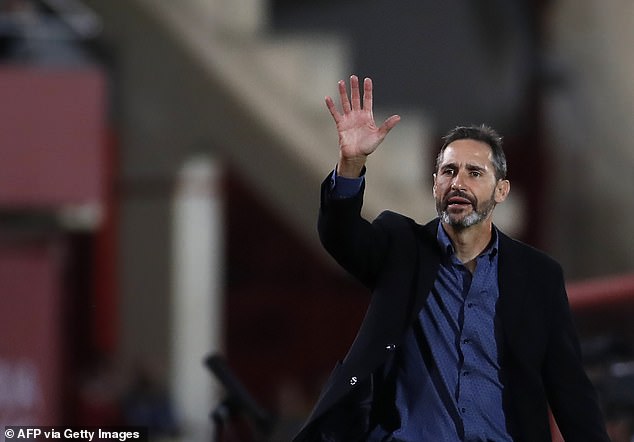 Vicente Moreno has been brilliant in charge of the club, despite having the smallest budget 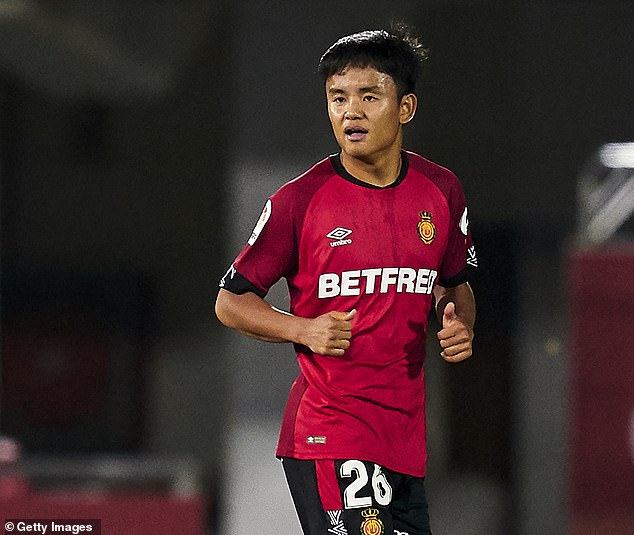 ‘We are serious, we are professional, the environment we have is good for young people and we look after them. We can really help them grow. In the case specifically of Kubo, I am very grateful to Jose Angel Sanchez [CEO of Real Madrid], who from day one has been a great believer in our project and the way we see things.’

So what now for Mallorca? What would be seen as a good season for the club? Are they simply glad to be among the big boys, gaining their exposure as part of a long-term plan, or will relegation be seen as a huge failure?

‘I think we are at the stage where we need to go from the spectator role to the actor role,’ Molango answers. ‘It’s taken such a lot of work to get to La Liga, an unbelievable journey, but you can’t just sit back and be happy with the fact you’re in La Liga.

‘I was talking to the guys this morning and I was saying, it’s not sufficient for us to just stay for one year in La Liga and enjoy it, take a few pictures, get some shirts and head back to Segunda. 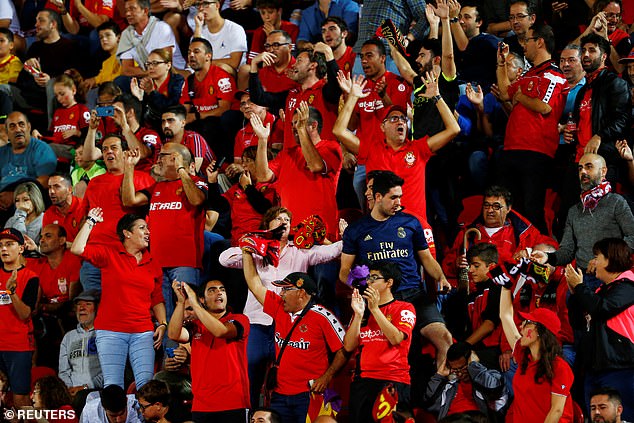 A Real Madrid fan sneaks out towards the end of the match, with Mallorca still leading 1-0 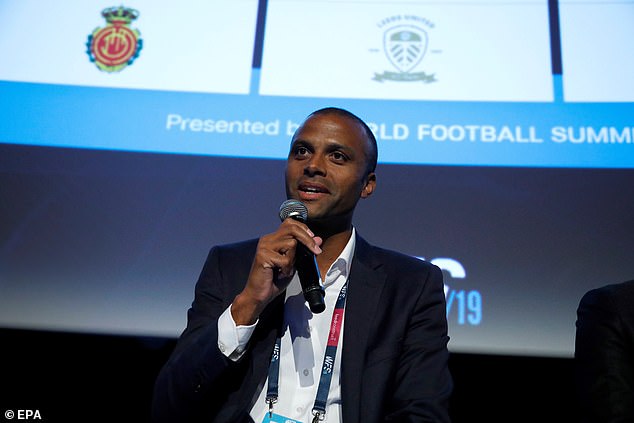 ‘I think we really need to accept the fact that we’re in La Liga, we deserve it. After 46 games in Segunda, which is a super tough league, we deserve to be here. We need to accept that. Real Madrid is just like any other game. They have two arms and two legs like all the others.’

Except, it wasn’t like any other game. It was far beyond their wildest dreams and will surely go down in the club’s history as one of their most memorable nights.

It has been a mad few years for Mallorca, with the club’s CEO describing it as ‘always going to a wedding or a funeral’. It’s been promotion or relegation, with nothing in between.

Come May, and the end of their first full season back at the top, the club’s fans will be desperate to avoid donning their black outfits once more… and if last weekend is anything to go by, they’ve certainly got a chance.

27.07.2021
0
Sports betting and financial trading firm Spreadex has expanded its sponsorship deal with Fulham Football Club.   The new partnership will see the company become Fulham’s principal partner for the...

30.07.2021
0
Entain will extend the scope of its work with external partners to provide education and support across additional areas of interactive entertainment, in a...

29.07.2021
0
Small businesses in Washington D.C are opening their own sportsbooks to receive a boost in revenue and food traffic.   Through a partnership with GambetDC, local businesses...

Kamara’s lawyer calls for Kudela to be banned and Slavia Prague...

RB Leipzig LOST a box of shirts on the way to...