‘It was a really tough few days’: Son Heung-min tells of his sadness at Andre Gomes injury after dedicating his first goal to the stricken Everton midfielder

Heung-min Son has dedicated the subdued celebrations for his match-winning brace in Serbia to injury-stricken Andre Gomes.

The South Korean started in Belgrade despite doubts over his psychological state after leaving the pitch in floods of tears following his involvement in Gomes’ freak injury during the game against Everton on Sunday. 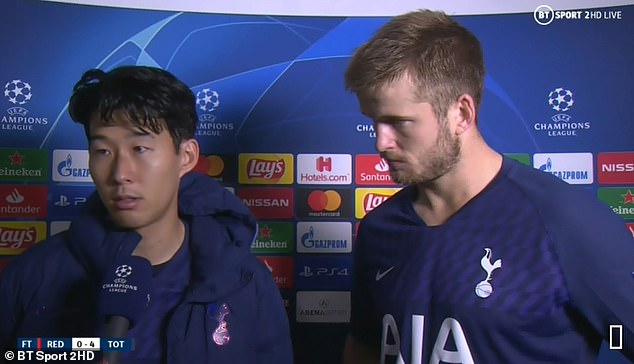 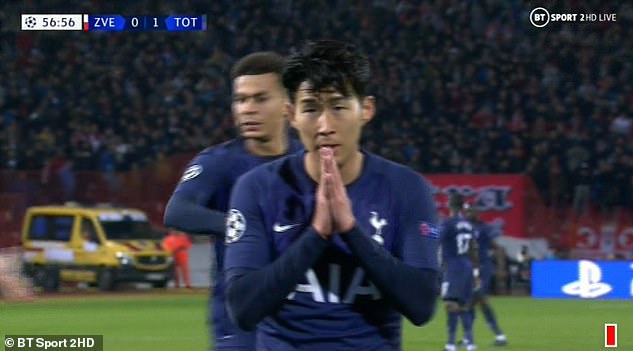 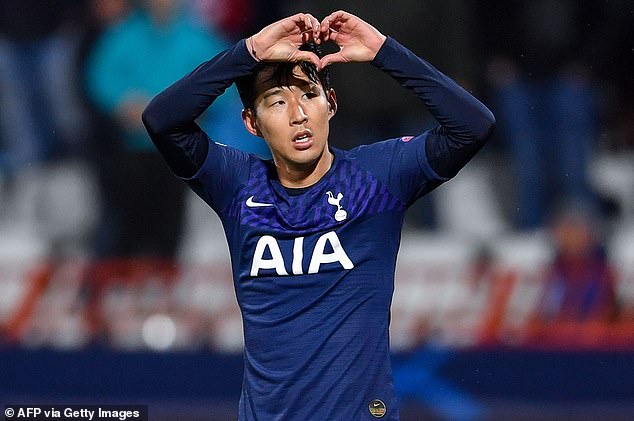 Son, who is understood to have sent Gomes a personal message this week, clasped his hands to together to make a praying gesture after his first goal – a celebration he admitted was out of respect for the Toffees star.

‘I didn’t want to celebrate because I just want to respect the situation,’ said Son.

‘I wish Andre Gomes to get well soon and best wishes.’

Son scores a super goal and goes to the camera and says sorry down the lens, presumably aimed at Andre Gomes. Nice touch.

Speaking for the first time about the incident, Son confessed the emotional aftermath of Gomes’ sickening ankle injury has been difficult to cope with.

‘It was a really, really tough few days. But everyone gave me such strong messages,’ he said.

‘I can say I’m really sorry for the accident and the situation but I had to focus for the team and I had to keep going and it was the right response to all the people who have supported me.

‘I realised how lucky I am. The supporters, friends and team-mates.’ 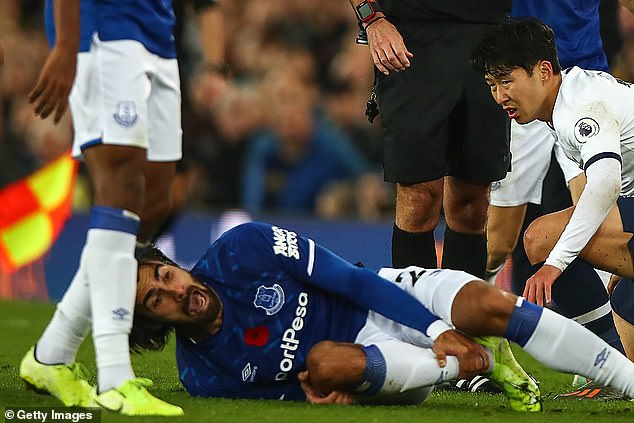 His manager Mauricio Pochettino admitted it was important for Son to return back to action as quickly as possible following Sunday’s unfortunate scenes at Goodison Park.

‘He moved on quickly and we helped him move on,’ admitted the Tottenham boss. 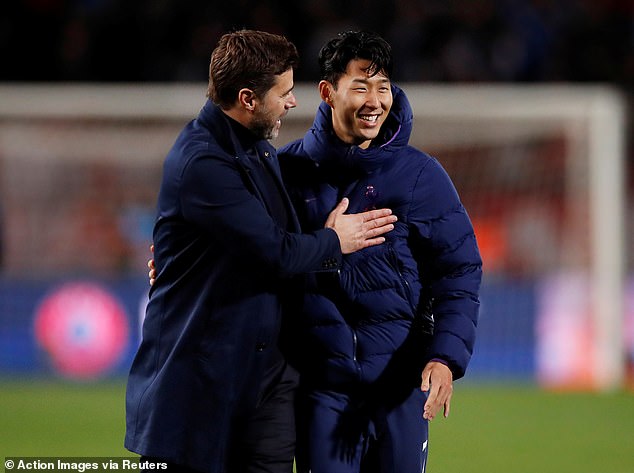 On his side’s victory, Pochettino added: ‘It’s a great result away from home, we needed a game like this to recover our best feelings and our trust.

‘Three points and we are happy. The performance was very good at a difficult place. But we need to keep going. It’s a small step for us, like it was with the draw against Everton. We are very pleased at a very difficult place.’