Lukaku, who was signed for around £72million from Manchester United in the summer, is the club’s leading goalscorer in Serie A alongside midfielder Stefano Sensi, with three goals.

‘Romelu didn’t travel with us because he’s got a slight problem with his quadriceps,’ Conte told a news conference. 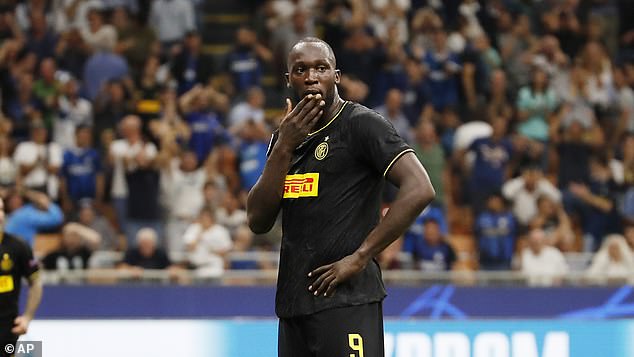 ‘It’s a problem he’s had for about 10 days now and one that he kept on mentioning, but tests have revealed that it’s nothing serious.

‘We’re quite relaxed about it but didn’t want to risk him.’

Inter are top of Serie A with a perfect record after six games and also play second-placed Juventus in a top-of-the-table clash on Sunday, but Conte said he was not looking so far ahead.

‘It’s not a tear, so we are fairly relaxed and will focus on that only after tomorrow’s game with Barcelona,’ Conte added.

Meanwhile, Barcelona coach Ernesto Valverde named Lionel Messi and Ousmane Dembele in his squad for Wednesday’s match, with both forwards declared fit after they took part in training on Tuesday. 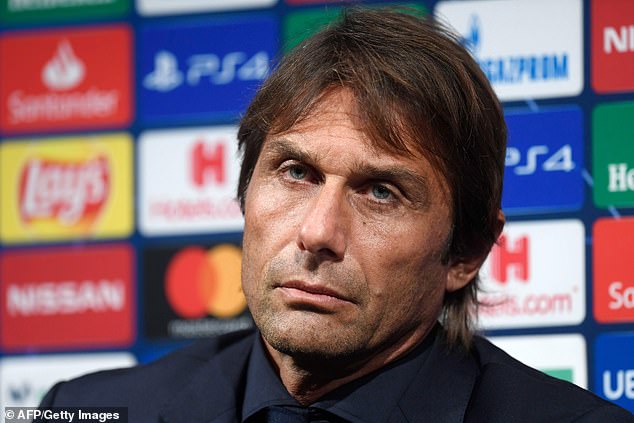 Messi limped off during Barca’s 2-1 win over Villarreal last week after suffering an adductor injury while Dembele has been nursing a thigh problem.

However, Barcelona will be without full back Jordi Alba, centre back Samuel Umtiti and 16-year-old winger Ansu Fati.

All four teams in Group F have one point, with Barca drawing 0-0 at Borussia Dortmund in their opener while Inter drew 1-1 at Slavia Prague.

Kylian Mbappe misses PSG training due to sore throat ahead of...