It was in June 2018 that Hoffenheim received the inevitable news. Julian Nagelsmann, the young coach attracting some of the world’s biggest clubs, was leaving.

It was obvious the 32-year-old had a bright future elsewhere. He was regularly linked with Bayern Munich, and Manchester United, but it was the exciting project at RB Leipzig that lured him away.

The youngest coach in Bundesliga history, Nagelsmann took Hoffenheim from a relegation scrap to consecutive top-four finishes and the Champions League group stages. 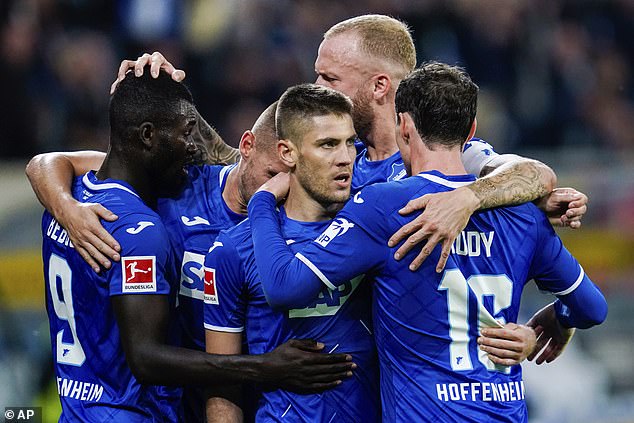 After a slow start to the season, Hoffenheim are starting to flourish without Julian Nagelsmann 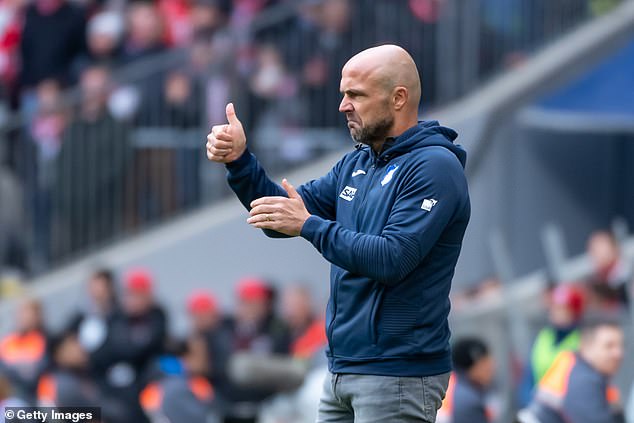 It was clear he would quickly outgrow the club and so it proved with the ambitious sporting branch of Red Bull’s operation selecting him to lead their ambitious project into the future.

Nagelsmann’s departure left Hoffenheim in a precarious position. They had climbed up the league table during his tenure but had a squad inferior to most of their domestic rivals meaning the next managerial appointment was key.

If Nagelsmann was a risk when they hired him in 2015 then his successor was a safer bet. They went with former assistant manager Alfred Schreuder who, at the time of his appointment, was helping Ajax reach the semi-finals of the Champions League.

After assisting Nagelsmann in the dugout from October 2015 to January 2018, Schreuder decided to leave. He enjoyed considerable success working under Erik ten Hag in Amsterdam but was brought back into the fold in Hoffenheim’s hour of need.

The manager was not the only major loss the club suffered in the summer though. Joelinton left for Newcastle for big money while key players like Nico Schulz, Nadiem Amiri and Kerim Demirbay all exited too. 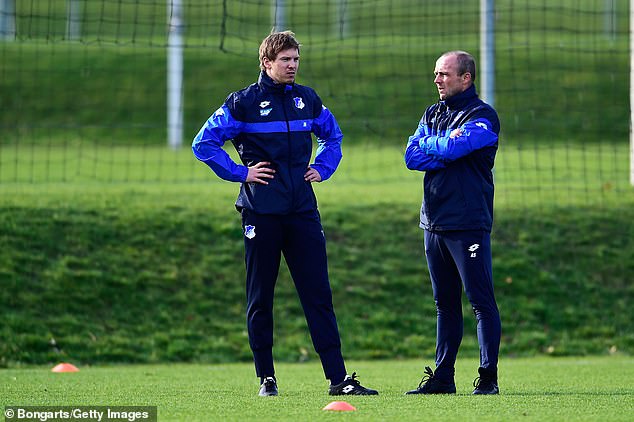 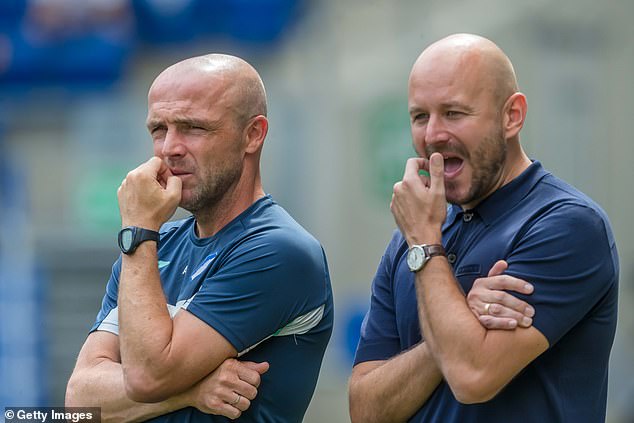 Director of football Alexander Rosen is known across Europe as one of the best in the business and he set about his work in the transfer market looking to plug the gaps.

A deal was completed for the highly-rated Malian midfielder Diadie Samassekou from Red Bull Salzburg as well as moves for Robert Skov and Ihlas Bebou from Copenhagen and Hannover respectively.

Sebastian Rudy was also re-signed on a season-long loan deal. The midfielder was a key part of Nagelsmann’s initial Hoffenheim team and left for Bayern Munich in one of their many Bundesliga talent sweeps.

He failed to replicate his performances for Hoffenheim in Bavaria though and was sold to Schalke, who have sent him to his former club for the season.

While the early stages of a post-Nagelsmann Hoffenheim looked promising behind the scenes there was some initial trouble on the pitch. 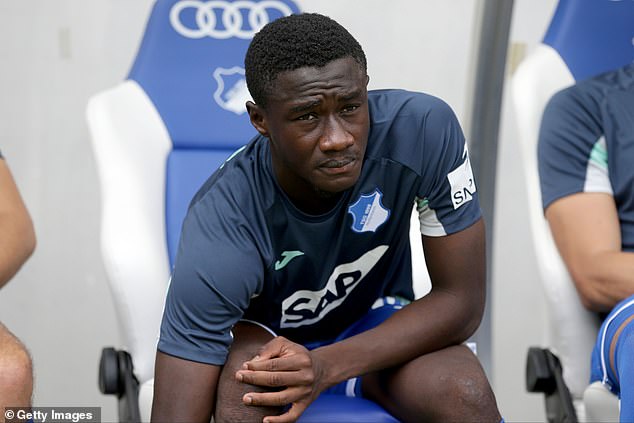 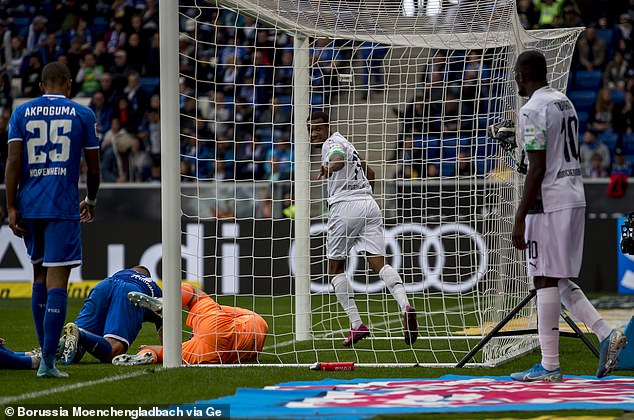 They won just two of their opening six Bundesliga games and suffered a pair of damaging 3-0 home defeats by Freiburg and Borussia Monchengladbach.

They also just narrowly edged past Werder Bremen in a 3-2 thriller at home while Samassekou has been on the sideline since August with a torn muscle fibre.

But a couple of credible away draws at Bayer Leverkusen and Wolfsburg showed there was something to work with and then their best performance under Schreuder arrived in Munich no less.

Just days after Bayern thumped Tottenham 7-2 in the Champions League, a brace from Sargis Adamyan earned Hoffenheim their first ever win at the Allianz Arena.

It was their second win of the season and sparked an upturn in form that is still going strong. Since that day in Bavaria, Hoffenheim have beaten David Wagner’s impressive Schalke side and won away at Hertha Berlin last weekend. 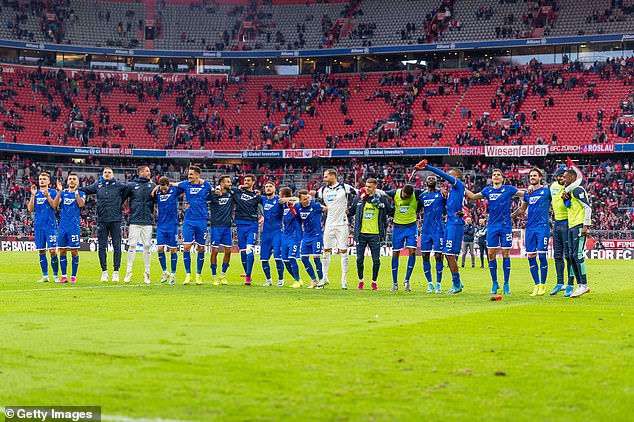 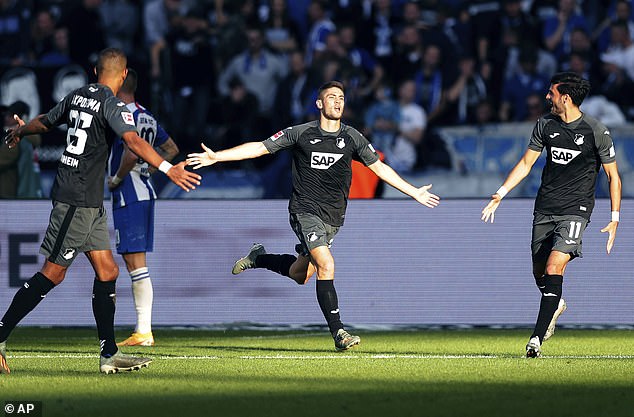 They also booked their place in the third round of the German Cup with a comfortable 2-0 win over Duisburg in midweek and their revival has coincided with the return to fitness of Andrej Kramaric.

The Croatian striker struggled to settle when he joined Leicester during their title-winning season in 2015/16. He struggled to get regular game time and even failed to chalk up enough appearances that allowed him to collect a winners’ medal.

A year after signing for the Foxes, Kramaric was allowed to leave on loan for Hoffenheim before moving permanently in the summer of 2016.

Since then he has found the back of the net 60 times in 132 appearances, a strike rate that has him up there with the Bundesliga’s very best.

After missing the opening seven games of this campaign he is now fit and firing, scoring in both of their last two victories.

But while both Kramaric and Hoffenheim are clicking into gear at just the right time, their ex-manager is facing some problems with RB Leipzig having not won in four Bundesliga matches. It proves life after Nagelsmann may just not be as bad as they first feared.

I think Cristiano Ronaldo has a big problem with Maurizio Sarri...