Former Valencia president Juan Soler was sentenced on Tuesday to two years in prison for conspiring to kidnap a former colleague and break into his home, a regional court said.

The statement on the court’s Twitter account said Soler, who was club president between 2004 and 2008, had been found guilty of plotting to kidnap Vicente Soriano, his former vice-president who later became the club’s president.

Soler and two other males were given the two-year prison sentence and ordered to pay €3,000 euros (£2,630) in compensation to the victim. 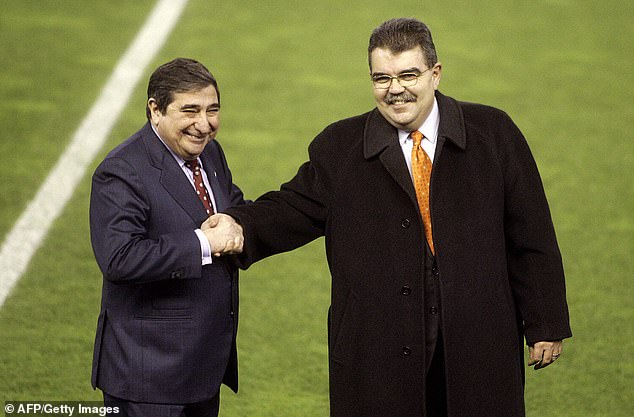 A fourth male was given a reduced sentence of one year and one month for informing police of the criminal plot, added the statement.

Soriano was Soler’s vice-president at Valencia for four years and later served as president for 11 months, resigning in July 2009.

The pair had a bitter legal dispute after Soriano promised to buy Soler’s shares in the club for €85million (£74.4m) with the intention of selling them to investment group Dalport who later pulled out of the deal.

Soler did not preside over any trophy wins at Valencia. He took charge in October 2004, five months after they won the La Liga title and the UEFA Cup, and resigned for health reasons two months before they won the Copa del Rey in 2008.

During his presidency, the club began constructing the Nuevo Mestalla stadium but building was halted less than two years later for financial reasons due to Spain’s deep economic crisis.

Arturo Vidal ‘storms out of Barcelona training’ after finding out he...

Roman Abramovich defends his hire-and-fire policy at Chelsea that saw the...