‘Ethan is at the age now where he has to play’: Ryan Giggs worried over Ampadu’s loan spell at RB Leipzig with Chelsea defender yet to make his debut since joining in the summer

Ampadu’s pre-season move to the Bundesliga was hailed as a smart move given that the teenager has had limited opportunities since joining Chelsea from Exeter in 2017.

But Ampadu has yet to make his Leipzig debut, despite being a regular member of their matchday squad, and the 19-year-old’s only senior appearance this season came in Wales’ European Championship qualifying win against Azerbaijan last month. 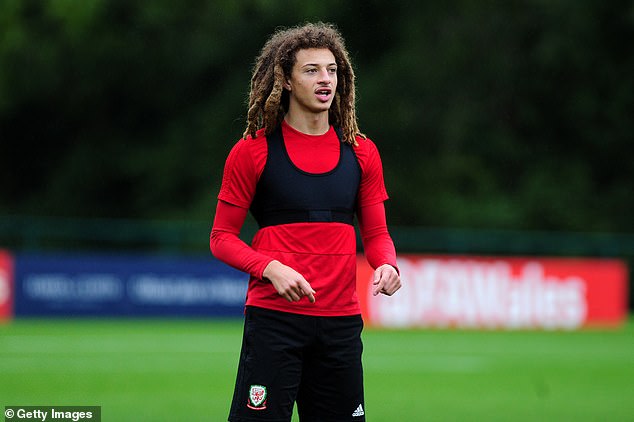 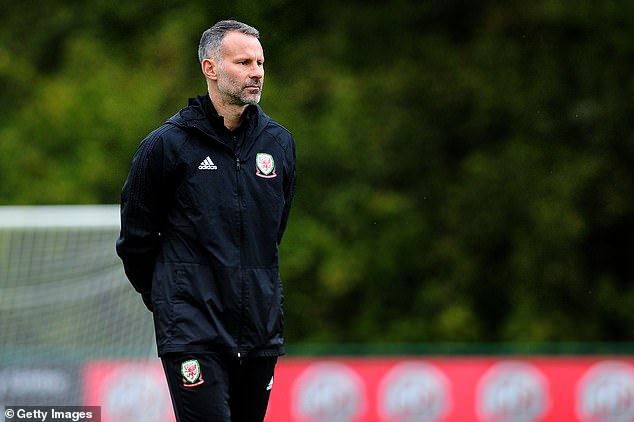 ‘It is a concern because Ethan is at the age now where he has to play,’ Giggs said ahead of Wales’ Euro 2020 qualifier in Slovakia on Thursday.

‘He’s had a few problems there injury-wise, nothing serious but little aches and pains. The last few camps he’s looked so much better in training.

‘He is such a talent it’s hard to ignore. But it’s very difficult for him to play 90 minutes and back-to-back games, because he’s not had the minutes.’

Giggs says he has not spoken to Chelsea manager Frank Lampard or anyone else at Stamford Bridge over Ampadu’s situation at a club who are fifth in the German top flight.

But he is planning a scouting trip to Germany soon, with Schalke winger Rabbi Montondo and St Pauli defender James Lawrence also playing there. 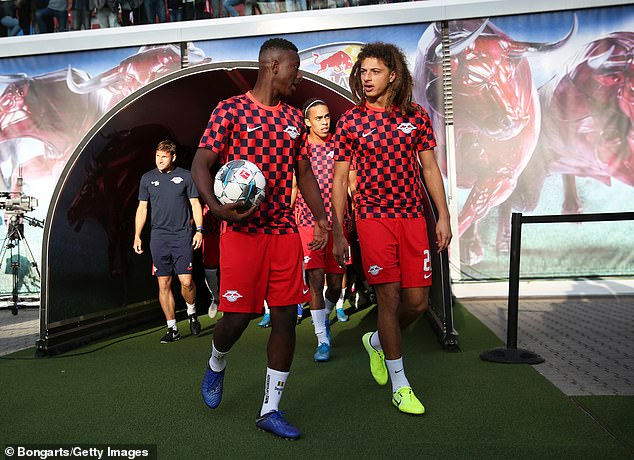 ‘Rabbi had an injury, then he had an infection into the injury,’ Giggs said. ‘So it was a difficult time for him.

‘But he scored his first goal the other week and he’s a talent.

‘He’s at a big club and hopefully he will get a run of games there. The speed he’s got, he’s an option, whether starting or off the bench.

‘We’ve got different scenarios abroad, with Ethan Rabbi and James in Germany and Gareth (Bale) and Aaron (Ramsey) in Spain and Italy.

‘It’s a different situation for players. You’ve seen it work with the likes of Jadon Sancho, who have done well abroad.

‘I think it’ll happen more and more, but they’ve got to play.’