Gladbach, who lead the Bundesliga on goal difference from Wolfsburg, took on last season’s runners-up having not suffered a league loss for three successive games.

Reus’ strike made all the difference at the Westfalenstadion, an outcome that may be all too familiar for Gladbach fans who have seen him score in each of the last five meetings between the two clubs. 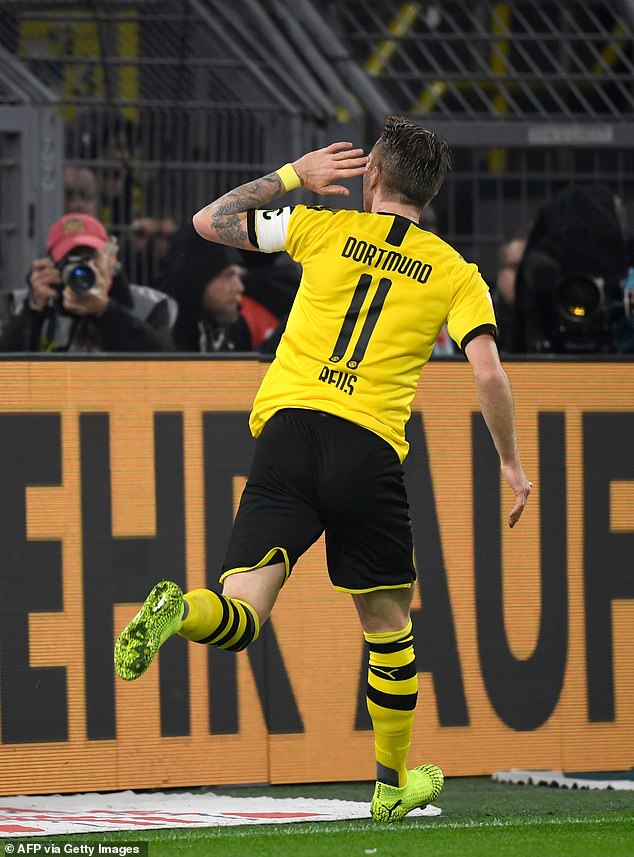 There was little to separate the sides as the game began, with an early chance from Gladbach’s Tony Jantschke matched by a Thorgan Hazard shot that glanced wide of the mark.

Dortmund’s Julian Brandt then struck, but his effort was saved by Yann Sommer and the rebounded ball was quickly cleared by the Gladbach defence.

A spell of Gladbach pressure then followed, with Breel Embolo nodding just high of the Dortmund goal and Stefan Lainer forcing an impressive save from Roman Burki.

Sommer was then called upon again, this time to block a shot from Reus, who connected with a Hazard cross on the right wing. 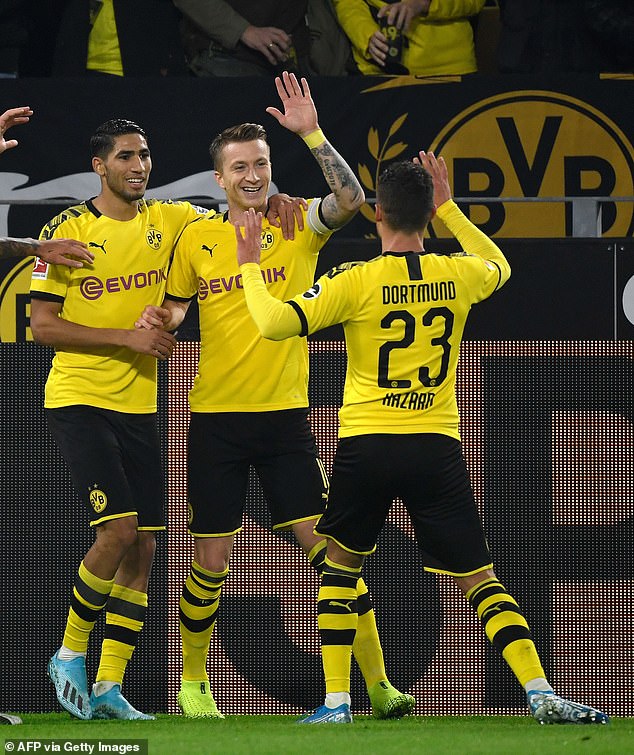 The strike was the German’s fifth goal in the Bundesliga so far this season, in eight games

A corner then gave Hazard the opportunity to feed the ball into centre-back Mats Hummels, whose goal-bound header was miraculously cleared by Sommer.

The Belgian winger then looked to score his first goal for Dortmund as he was found on the right of the Gladbach box and fired a shot past a fumbling Sommer.

The effort was referred to VAR, however, and subsequently disallowed as Reus was deemed to have been offside in the preceding play.

Burki leapt into action again shortly afterwards as a backwards pass from Manuel Akanji was intercepted by Embolo.

The Swiss keeper cleared the ball to keep the scoreline level as the interval approached. 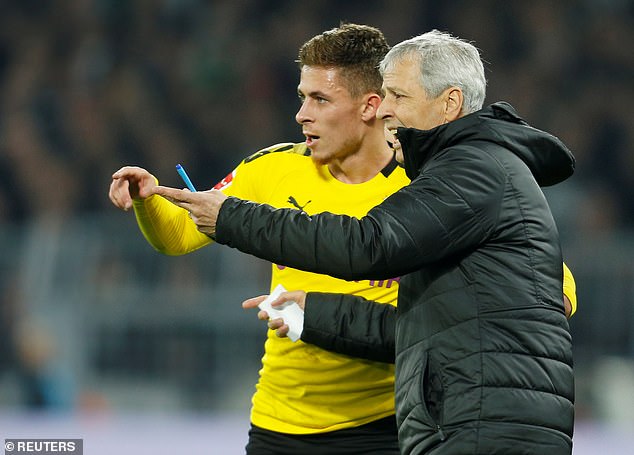 Lucien Favre gestures while taking to Thorgan Hazard, who provided the assist for Reus’ goal

The hosts emerged from the break with a renewed energy, with both Hazard and Brandt seeing their efforts narrowly denied as a Dortmund goal began to look imminent.

Their continuous pressing eventually came to fruition in the 58th minute, as Reus was found by Hazard and clipped the ball past an outstretched Sommer.

Lucien Favre’s side were then dealt a blow as Burki took a heavy knock while clearing a corner and was subsequently replaced by fellow Swiss keeper Marwin Hitz.

Hitz was tested immediately as Marcus Thuram picked up the ball and cut in behind him, finding Patrick Herrmann and leaving Hummels to intervene and defuse the threat of a Gladbach equaliser. 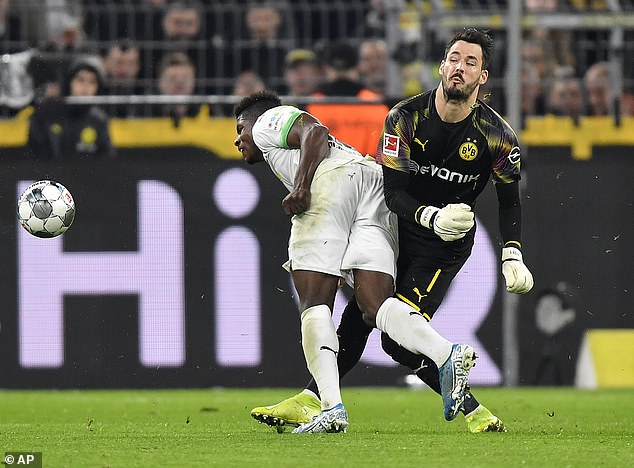 Achraf Hakimi then cut back, lining up a shot at goal for Brandt, who seized upon the opportunity and seemingly scored a second goal for Dortmund.

The effort was voided, however, as Reus was declared offside in the build-up.

Lainer then struck a reaching cross towards Dortmund’s box, with Axel Witsel unwittingly nudging it further towards the goal.

Florian Neuhaus pounced on the opportunity, but Hitz launched himself into a remarkable save to deny Gladbach an equaliser and secure a 1-0 victory for Dortmund.

MARTIN KEOWN: The festive madness can make or break a team’s...