Could Memphis Depay make a shock return to Manchester United? Lyon chief confirms Red Devils DO have a buy-back clause for in-form Holland star… as Spurs weigh up £50m move

Manchester United could exercise a buy-back clause to bring Memphis Depay back to Old Trafford, Lyon chief Juninho has revealed.

Holland star Depay, who flopped during a frustrating 18-month spell at United, was sold to the Ligue 1 club for £16million in January 2017.

Depay has found his form in France since making the move and has 11 goals in just 14 games in all competitions so far this season. 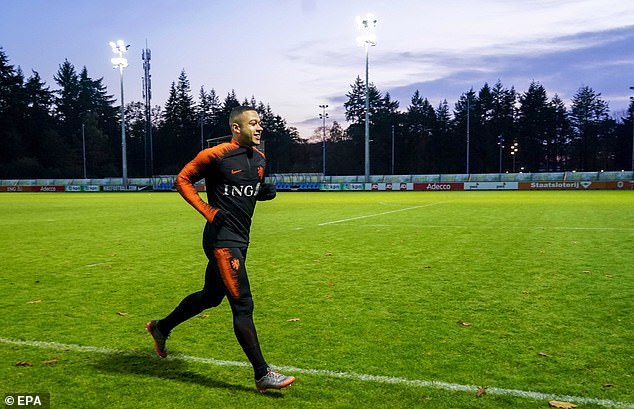 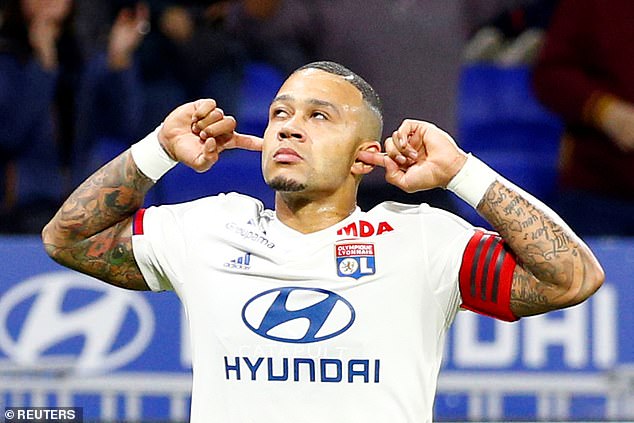 His performances have attracted attention from clubs in Europe, with Tottenham reportedly eyeing up a £50million move for him in January.

However, Lyon sporting director Juninho confirmed that United would be at the front of the queue due to a clause in the deal that took him to the Groupama Stadium.

‘It’s true that Manchester United have a priority to buy back Memphis,’ the Brazilian told OLTV.

‘These things exist in football. But until now, we’ve not received anything on Memphis.’

Depay, who also has three goals for Holland since September, will have just a year to run on his contract come the end of the season.

Juninho admits that getting him to sign a new deal may be a challenge, particularly with the possibility of a lucrative free transfer not far away. 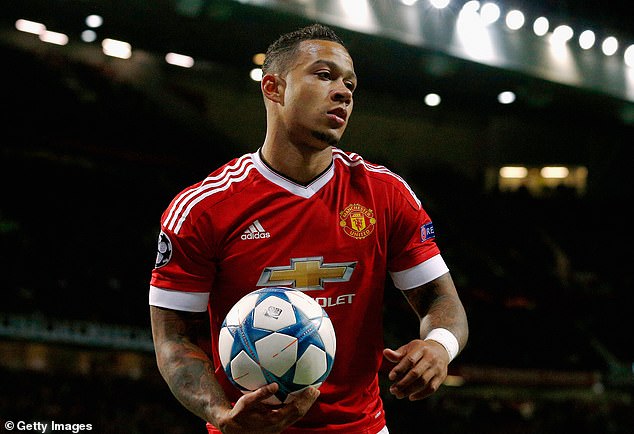 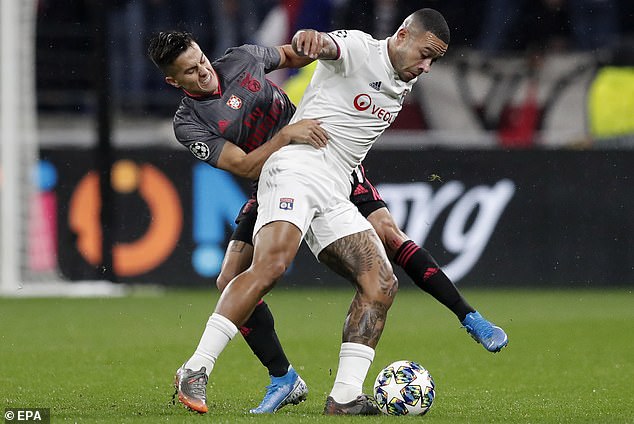 ‘Each time there’s only a year left on a contract, the conversation over a renewal becomes rather difficult,’ Juninho added. ‘But I think that he’s really happy in Lyon at the moment.

‘It’s also the same with Moussa Dembele, but the president and those that know football are conscious that, if you want to start winning titles again, to fight in the Champions League and in Ligue 1, it’s important to keep players like that in the squad for a long time.

‘For the moment, nothing is being done concerning Memphis. We’ll start discussing a contract extension by the end of the year.’

Spurs on the SLIDE: Catastrophic European exit against Dinamo Zagreb is...