Sporting his Lederhosen and clutching a freshly-poured Maß of Paulaner Weißbier, Thomas Muller looked every inch the symbol of Bayern Munich as the squad made their annual pilgrimage to Oktoberfest on Sunday.

After all, this is a man who was born in a quaint Bavarian town an hour’s drive south-west of Munich and has played for Bayern – his one and only club – since the age of 11.

But while the forward is the first name many football fans would associate with Bayern, for the first time he is being forced to contemplate the unpleasant possibility that his future may lie elsewhere. 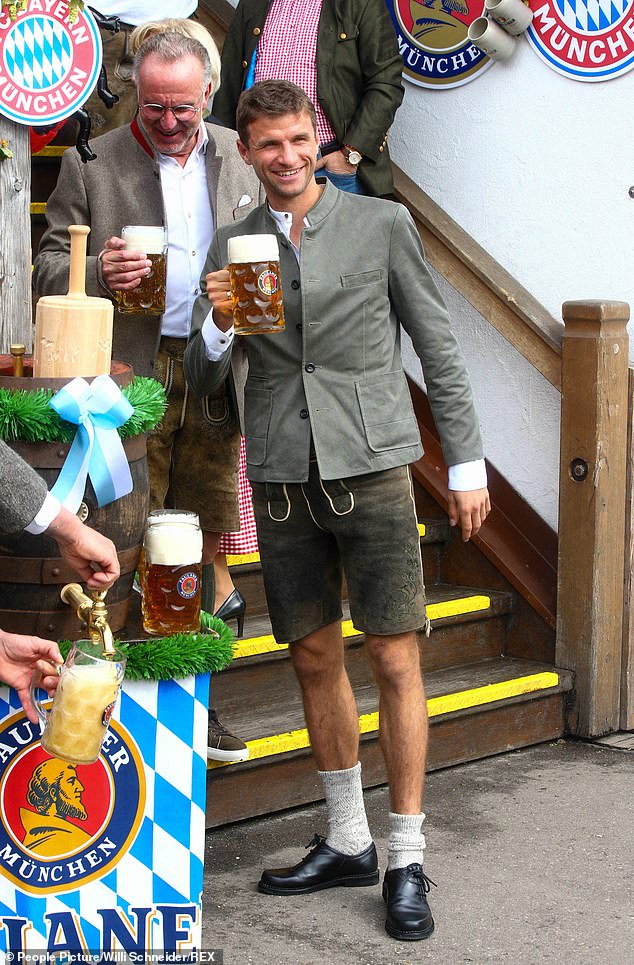 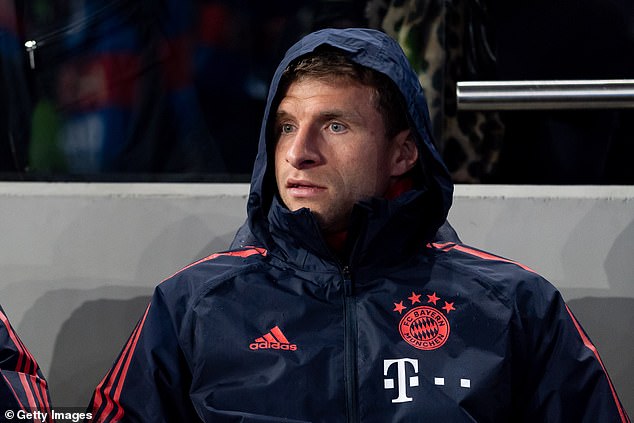 The main man for so many years, Muller, now 30, has seen his role diminished to become very much a bench warmer under manager Niko Kovac this season.

Muller has been named among the substitutes for Bayern’s last five matches – the Bundesliga fixtures against Cologne, Paderborn and Hoffenheim plus their two Champions League games against Red Star Belgrade and Tottenham.

He usually gets a run-out at some point, even if only for the last 10 minutes, but the fact Bayern’s astonishing 7-2 win at Spurs last week unfolded entirely without him suggests he may no longer be considered a man for the big occasion.

Earlier in the season, Muller started three of Bayern’s first four Bundesliga matches but didn’t complete any of them.

His game time has since shrivelled – just 56 minutes in their last five fixtures – and the only game he has completed this season was against fourth division Energie Cottbus in the first round of the German Cup. 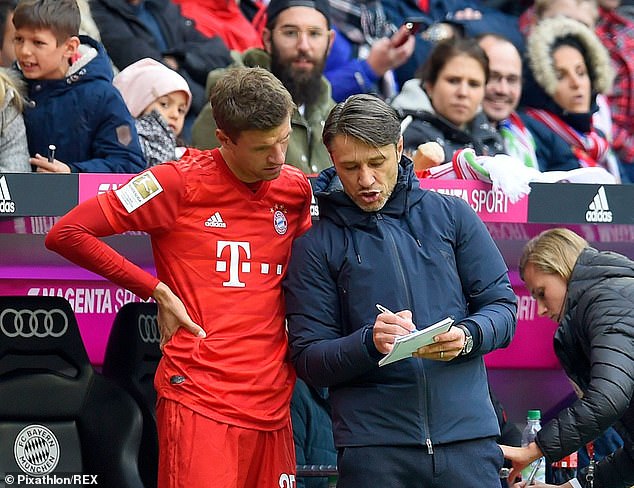 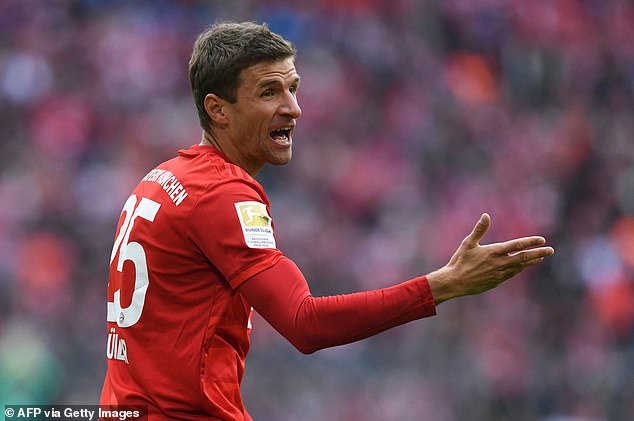 It all suggests that Muller has been demoted to the role of ‘squad player’ in Kovac’s thinking, quite the blow for someone who has played 450 times for Bayern in the past decade, scoring 186 goals and contributing 171 assists.

When Muller does get on the pitch there are still glimpses of the old magic – he required just a few minutes having come off the bench to score against Red Star, his only goal of the season so far.

And he made an almost immediate impact when brought off the bench with Bayern trailing Hoffenheim 1-0 on Saturday, crossing for Robert Lewandowski to equalise.

Kovac’s comments before Saturday’s game at the Allianz Arena, however, were more illustrative of his situation.

‘Thomas is very important, but so too are the other players,’ Kovac said. ‘If we need a player in an emergency, then for sure he will get his minutes.’ 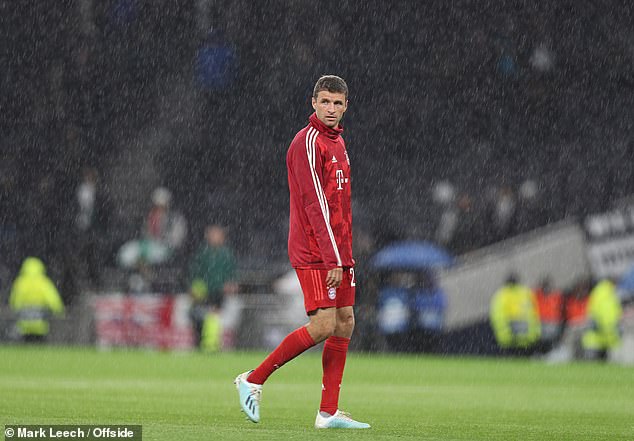 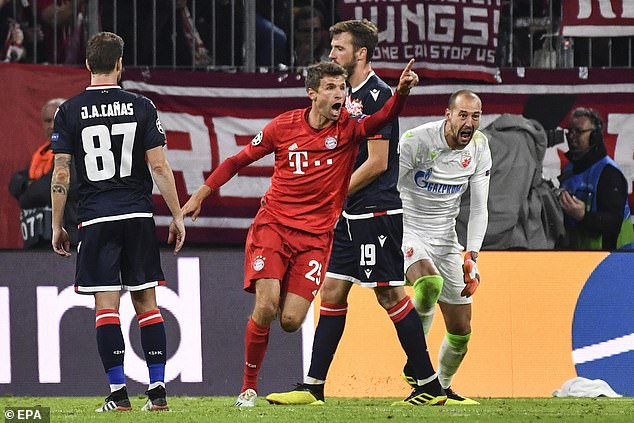 On bench, came on in 67th minute, two assists

On bench, came on in 83rd minute, one goal

On bench, came on in 71st minute

On bench, came on in 80th minute

On bench, did not come on

On bench, came on in 60th minute, one assist

The message seemed very clear: You will be warming the bench for the foreseeable unless we suffer an injury crisis.

He has been the unfortunate victim of Kovac’s 4-2-3-1 system and the impressive form of Bayern’s forwards despite what has occasionally been a shaky start to the season.

Lewandowski is in the form of his life, with an astonishing 15 goals in 11 matches so far this season, and isn’t likely to be relinquishing the centre forward position anytime soon.

They offer a speed of transition and movement, plus a dynamism going forward, that the more pedestrian Muller simply cannot offer.

Last season, when he started 28 of Bayern’s 34 Bundesliga games, Muller typically played wide on the right or as a second striker/No 10 but both options are currently unavailable to him.

While Muller looked in his element at Oktoberfest the following day, he cut a more forlorn figure when he uttered ‘nothing to say’ to reporters in the mixed zone after Saturday’s surprise defeat.

And all the messages coming from the Muller camp are starting to suggest that a heavy-hearted departure is a possibility – perhaps as soon as January. 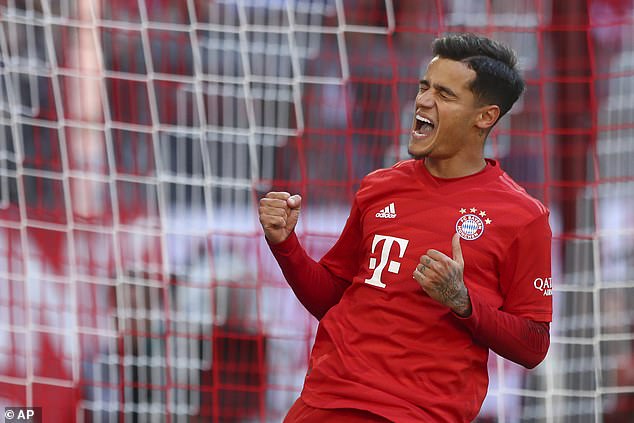 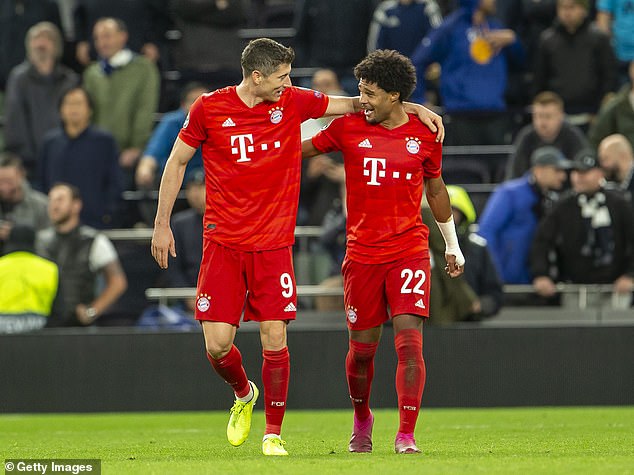 In the past when out of touch, Muller would take solace right now from a few days away with the Germany national team.

But he hasn’t been involved in the last four of Joachim Low’s squads having been brutally told by the manager back in March that he was no longer in his plans.

Muller can reflect with fondness on 100 caps, 38 goals and World Cup triumph with his country but a recall appears further away than ever.

So it promises to be a long fortnight dwelling on his current predicament before Bayern return to action with a trip to Augsburg on October 19. 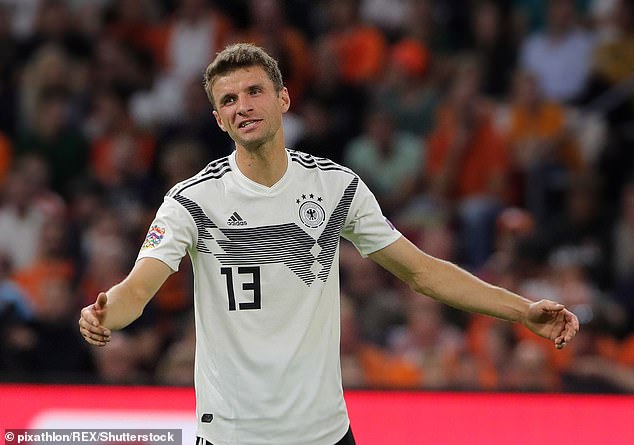 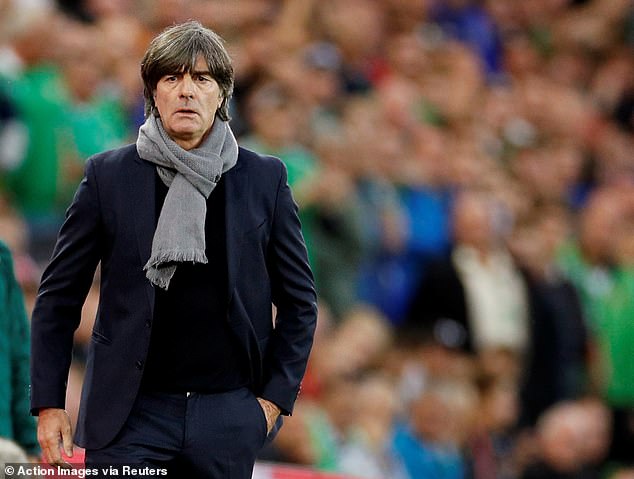 But even if his days at Bayern now appear numbered, Muller isn’t the type to rock the boat and throw a tantrum.

Even after the thrashing of Spurs, he took to Instagram to praise the four-goal performance of Gnabry that he’d watched from the bench.

While unhappy about his new role, Muller will continue to keep his counsel and he remains an influential figure in the dressing room to guide Bayern’s fortunes in a more indirect manner.

With Bayern fighting on several fronts as always, there will inevitably come a point in the season when the first-choice attackers need a break or get injured and Muller is first in reserve.

The hierarchy also view such a symbolic figure, an embodiment of the club and by extension the region, as someone they can’t just cast aside lightly.

It is very difficult to imagine Muller playing for another club in Germany but, all of a sudden, the prospect of him in the colours of another team at some point in the future has increased significantly. 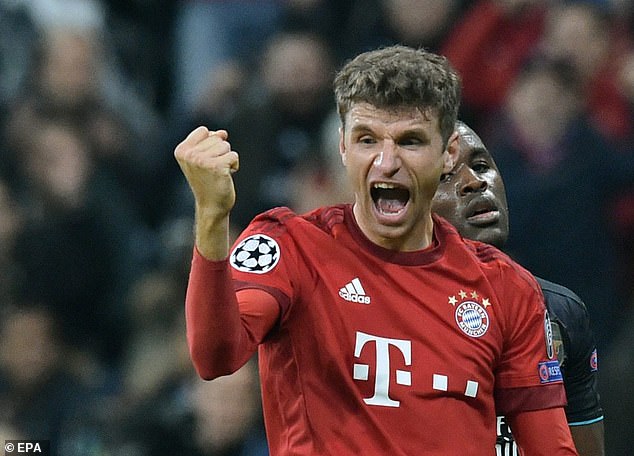 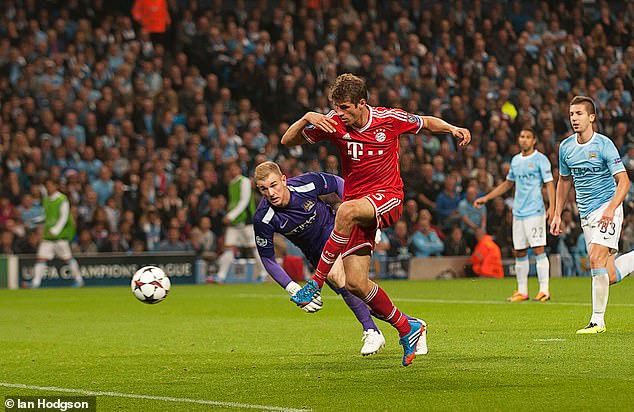 Manchester City hit SEVEN past Brighton and have their fizz back