‘You’re a daddy’s boy’: What Chelsea flop Alvaro Morata is claimed to have been called by Mallorca star before being sent off

The moment of madness that saw Alvaro Morata’s sent off in Atletico Madrid’s 2-0 win over Mallorca is claimed to have been provoked by veteran midfielder Salva Sevilla calling him ‘daddy’s boy’.

The Chelsea flop was first carded for arguing with referee Alejandro Hernandez, before moving his head towards Xisco Campos and saw red in the 77th minute. Just eight minutes after coming on as a substitute, he was walking down the tunnel.

Morata and Sevilla have engaged in a war of words since the final whistle, with the Atletico striker reacting angrily to questions on the topic, retorting: ‘Let him say it if he has balls. I did nothing wrong’. 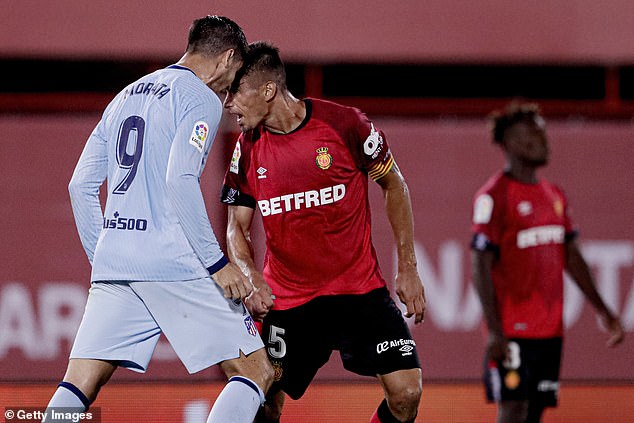 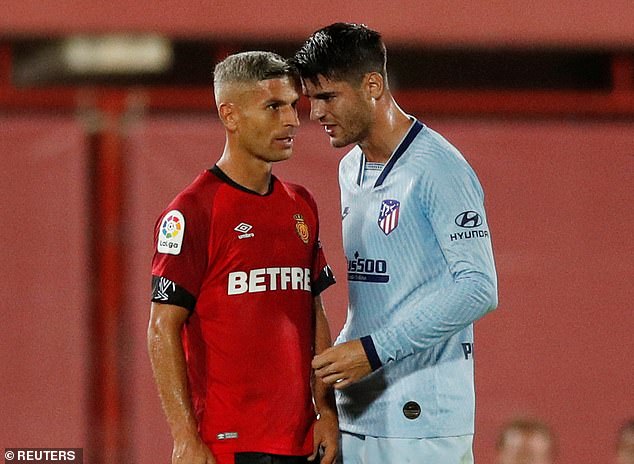 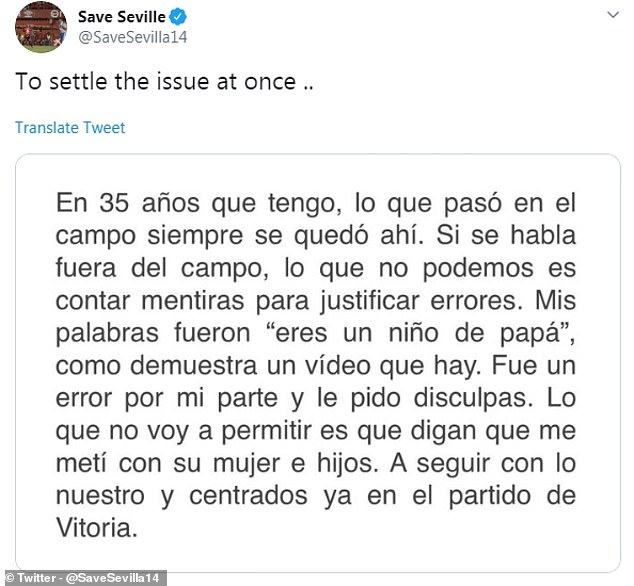 Sevilla responded on Twitter: ‘At 35 years of age, I’ve always seen that what happens on the pitch has stayed there.

‘My words were “you’re a daddy’s boy”, as the video shows.

‘It was a mistake on my part and I apologise. What I will not allow is for it to be said that I made comments about his wife and children.’ 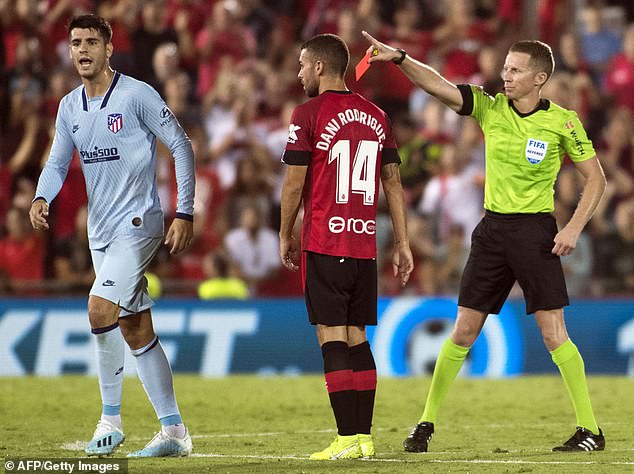 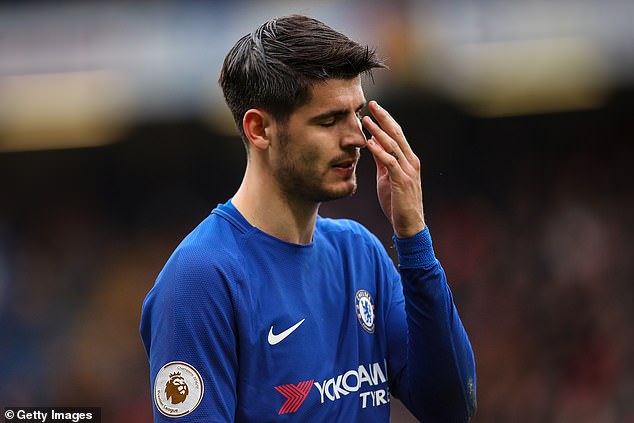 Morata switched permanently from Chelsea in the summer, after a torrid time in West London

Morata fired back in a tweet of his own: ‘As soon as I stepped on the pitch, only you and I know what you said to me.

‘Indeed, the things that are said on the pitch remain there, so I won’t say a word about what you told me. Good luck in the future.’

The Spanish forward will now miss the Madrid derby against his former club, Real, at the Wanda Metropolitano on Saturday if his suspension is upheld – though Atletico have appealed.