‘For them, the progression is amazing’: Cesar Azpilicueta hails Chelsea’s Champions League novices after group stage victory over Ajax

They stood up to everything last season’s semi-finalists could throw at them, before Michy Batshuayi rifled in the winner four minutes from time. 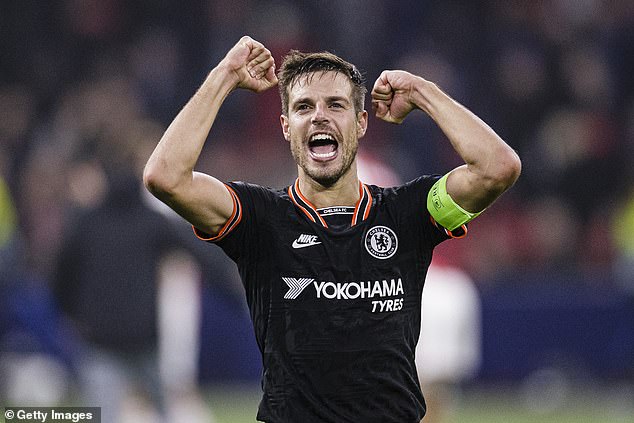 Batshuayi had previously missed a sitter from six yards out, but he converted a cross from fellow substitute Christian Pulisic to secure a 1-0 win and move Chelsea level on points with their hosts at the top of Group H.

‘The win was very important. We knew we were playing a tough team – they won both their previous games 3-0,’ said Blues skipper Azpilicueta.

‘We were confident in our game, we knew we had to play with high intensity, to be brave and to stop their attacking threat and I thought we did well. 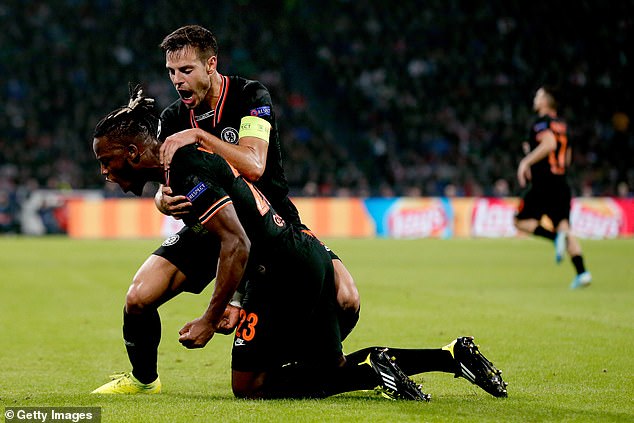 ‘We created chances, apart for the first 20 minutes when we were under pressure.

‘I’m really pleased when we don’t concede goals. We know we are playing against very good attacking players. They know how to play football.

‘We knew we had to work hard as a team and we did. Everybody worked very hard, the 11 starters and the subs. 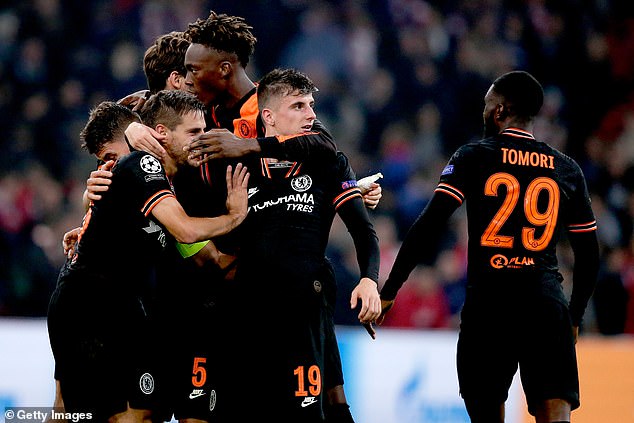 ‘Everyone is pushing everyone. It’s important to be a team off the pitch because that gives everyone extra energy.

‘To have the young lads playing in the Champions League in the capacity they are doing, with the quality they are showing, is massive.

‘For them, the progression, to play at the level they are playing, is amazing.’