Tiny moments. They are what decide Champions League games such as these, according to Frank Lampard. And ahead of last night’s clash in Amsterdam, the challenge he laid down to his young players was to ensure they capitalised on every one.

The Chelsea manager was responding to a question about Callum Hudson-Odoi – and whether the 18-year-old winger was ready to start on this stage.

He insisted the need for ‘detail, focus, concentration’ applied to all his starlets but for Hudson-Odoi the stakes felt particularly high. 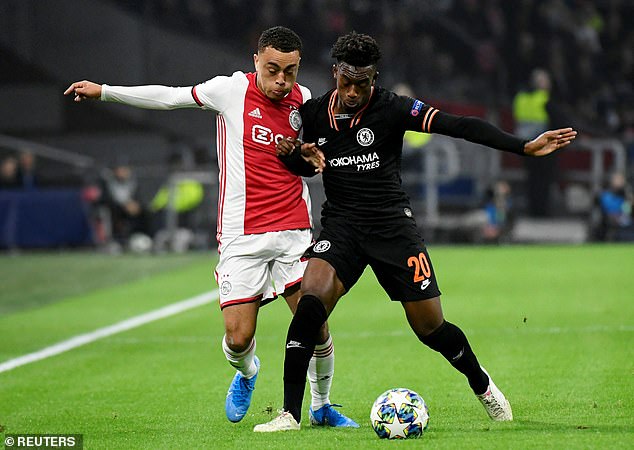 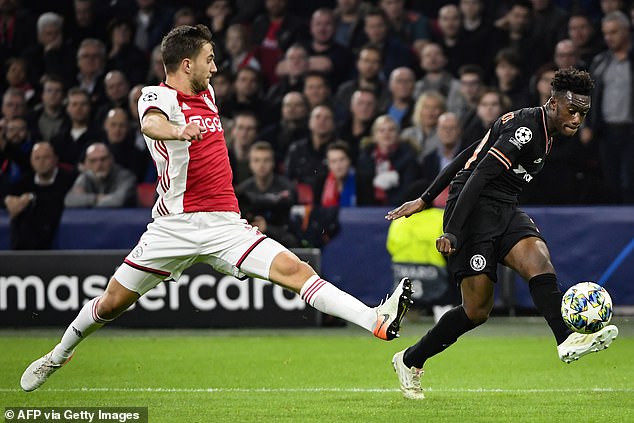 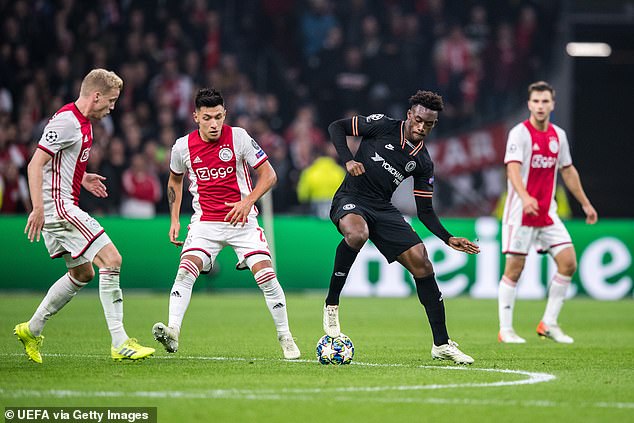 Though the 18-year-old’s return from injury has coincided with a five-match winning run, it was a still a significant show of faith from Lampard to make him Chelsea’s youngest Champions League starter for nearly nine years.

The walls of the Johan Cruyff Arena are lined with pictures of local heroes past and present, each one a reminder of Ajax’s incredible production line of young talent.

On Wednesday night Hudson-Odoi had a chance to write his own chapter. Several it turned out. 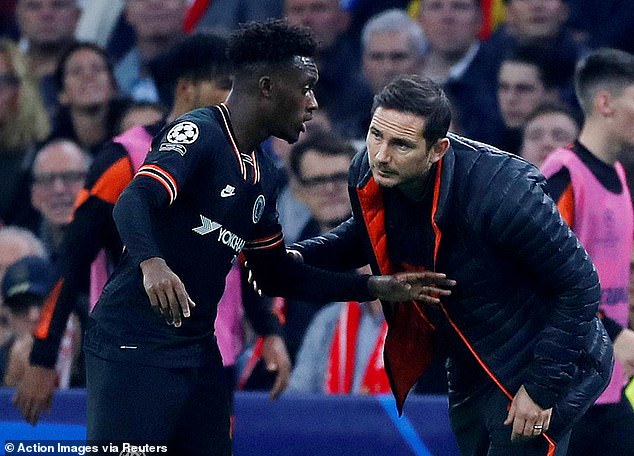 Frank Lampard called for ‘detail, focus, concentration’ from his young players before the game

In a first half littered with individual errors, Hudson-Odoi was a source of both promise and frustration. With the ball at his feet he beat Ajax right-back Sergino Dest on several occasions, only for his final product to let him down.

The 18-year-old played a neat one-two with Mason Mount before the midfielder forced a good save from Andre Onana. On no fewer than four occasions, though, Hudson-Odoi squandered good positions.

He missed Chelsea’s best early chance, too, snatching at a shot from inside the box. 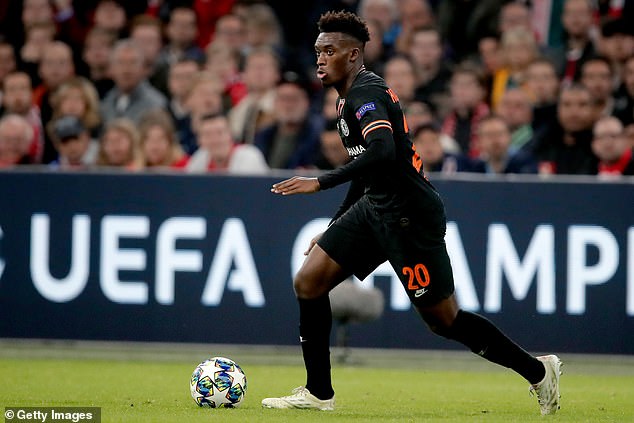 It was much of the same after the break as the winger struggled to turn more flashes of brilliance into anything concrete.

This was another learning curve in the early years of a winger who recently signed a £50million new deal.

When he came off late on, he was given hug by captain Cesar Azpilicueta. Not everything had gone his way but this is just the start. Many more tiny moments await.