Borussia Dortmund rubbish reports Mario Gotze left ground without authorisation after being subbed during Schalke draw, as club confirm he went to hospital for x-ray on hand

Borussia Dortmund have hit back at suggestions that Mario Gotze left the Veltins Arena without authorisation during the club’s goalless stalemate with Schalke.

The 27-year-old was subbed off after 58 minutes with reports hinting at a rift between the player and his manager Lucien Favre, with the pair not acknowledging one another as Gotze left the pitch.

However, Dortmund rubbished the reports after confirming that Gotze did indeed leave the stadium during the game but was authorised to do so as he headed to a nearby hospital. 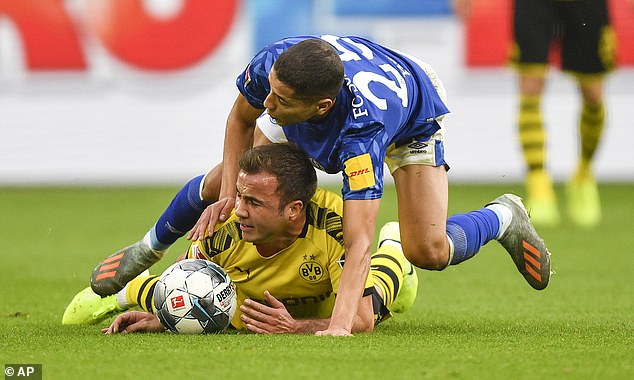 The Bundesliga giants tweeted that the German forward injured his hand during the Revierderby and that he was due to have an x-ray to reveal the extent of the damage.

Thorgan Hazard was the man to replace Gotze during the encounter on Saturday afternoon but the Belgium international struggled to make an impact in the time he had left.

It was Schalke that had the more notable chances, with Salif Sane and Suat Serdar both striking the woodwork in a dominant first half while Dortmund were content to play second fiddle. 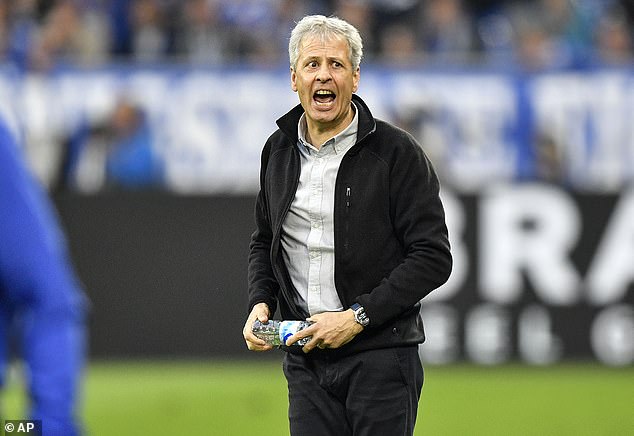 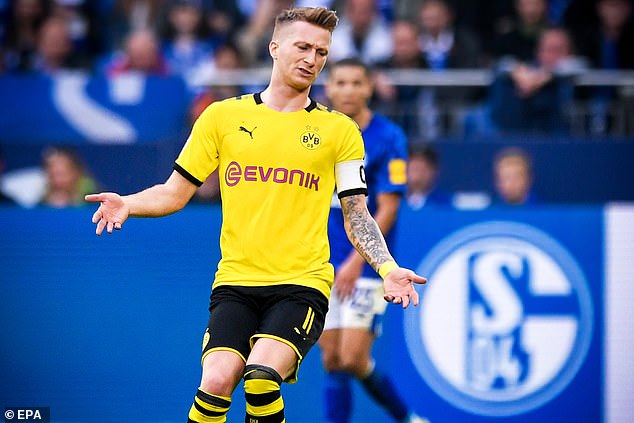 The hosts, who won four games on the trot before stumbling in their last two, should have scored in the second half but for teenager Rabbi Matondo’s less than clinical finish.

Dortmund left their attacking game for the second half with Jadon Sancho coming close, but they were badly missing injured top striker Paco Alcacer, out with a muscle problem.

Third-placed Dortmund, who have now won only one of their last five league games, are on 16 points, with Schalke in seventh spot on 15.

While avoiding defeat at Schalke is important in such a derby, the pressure on Dortmund coach Lucien Favre is mounting after their midweek Champions League loss to Inter Milan.