Bayern Munich kicked off their Champions League campaign by easing to a 3-0 victory over Red Star Belgrade on Wednesday in a one-sided Group B encounter.

The Bavarians were in complete control and Kingsley Coman put them ahead with a diving header in the 34th minute from a fine Ivan Perisic cross.

Late goals from Robert Lewandowski and Thomas Muller, who came on as a substitute for a club-record 106th Champions League appearance, completed their trouble-free evening. 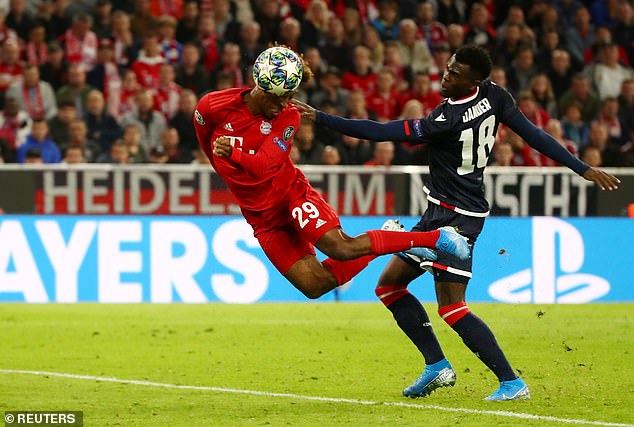 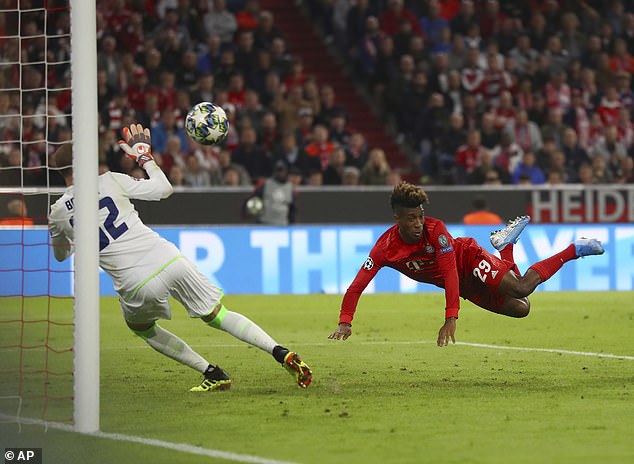 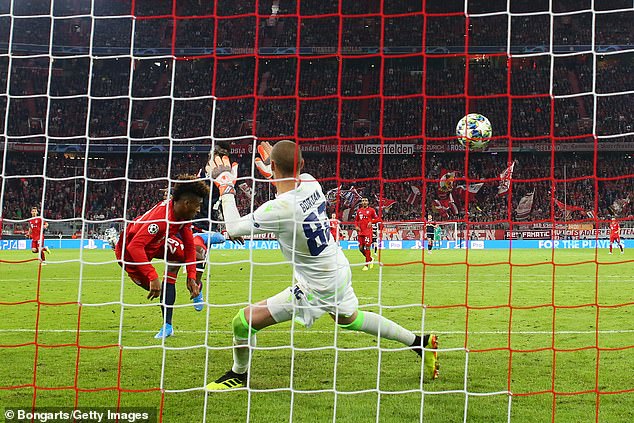 Bayern, who stretched their unbeaten Champions League group-stage home run to 16 matches, carved out chance after chance and hit the woodwork three times while the Serbs, who battled through qualifying, were largely toothless up front.

Brazilian Philippe Coutinho had the first good chance in the 21st minute for the hosts, who dominated possession from the start but had to remain patient against a packed Serbian defence.

They eventually broke the deadlock through Coman’s diving header.

The Serbs had no answer to Bayern’s firepower, with the Germans mustering 16 shots on goal in the first half alone. 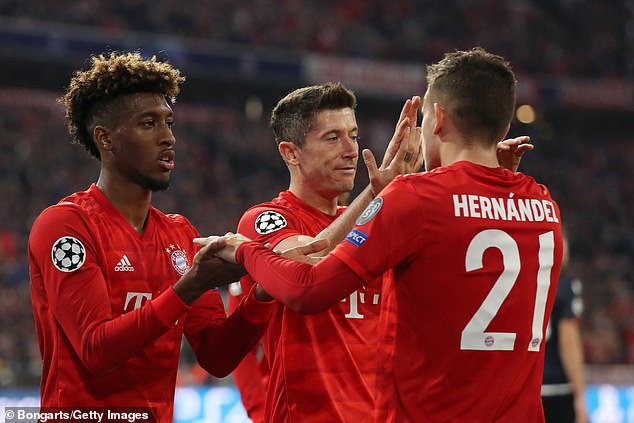 Coman celebrates with his team-mates Robert Lewandowski and Lucas Hernandez 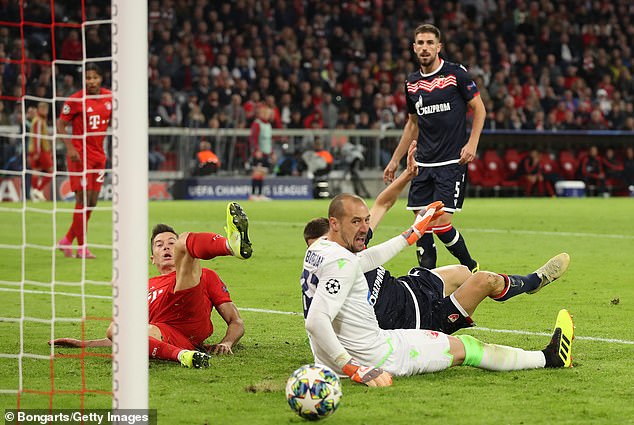 They instead defended and waited for the rare opportunity to launch a quick counter attack in the hope of catching the Germans off guard.

It was the same story after the break with Corentin Tolisso hitting the post in the 53rd.

Bayern should have scored shortly after when Perisic chipped the ball over the Red Star keeper, but it bounced on the bar and Lewandowski’s half volley on the rebound flew over the empty goal.

Yet the Poland striker got onto the scoresheet in the 80th, sliding in to beat his Red Star markers for his 200th Bayern goal in all competitions before Mueller got his first of the season in stoppage time.

Thiago Alcantara had earlier also hit the woodwork with a deflected cross.

In the group’s other game, Olympiacos came from two goals down to earn a 2-2 draw against Tottenham Hotspur in Athens. 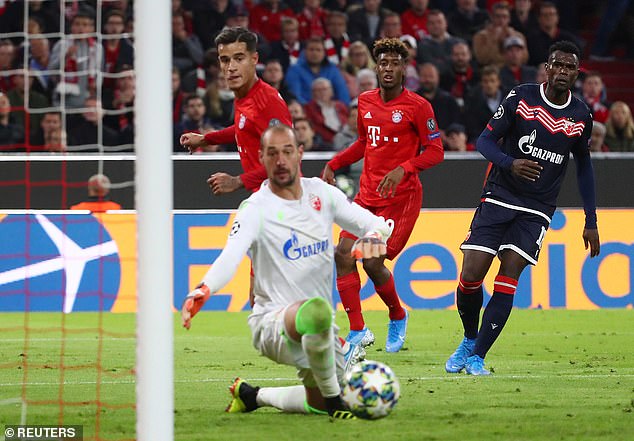 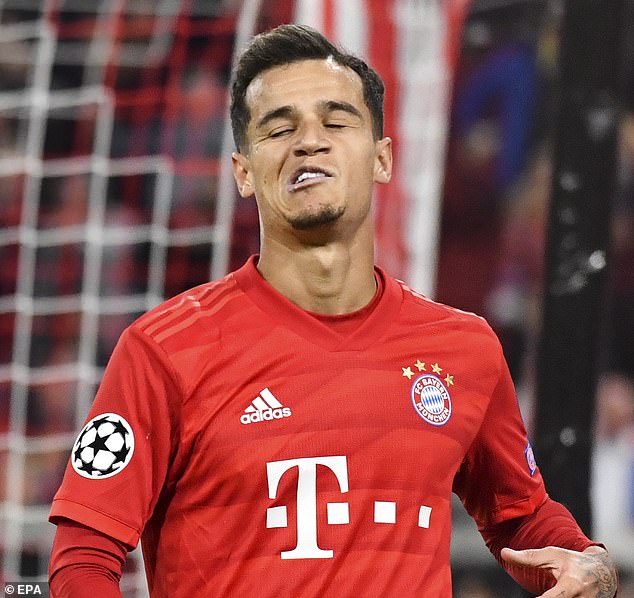 Coutinho grimaces in frustration at the offside decision, which replays showed to be correct

Roma booed off after defeat by Bologna for their fourth loss...