‘This is what we have this manager for’: Barcelona’s Luis Suarez hails Ernesto Valverde’s half-time team talk before sealing comeback over Inter Milan

Luis Suarez has praised Ernesto Valverde for his half-time team talk before Barcelona came from a goal behind to beat Inter Milan 2-1 on Wednesday.

Inter went ahead in the opening minutes thanks to Lautaro Martinez’s strike but Suarez scored twice in the second half for Barcelona to seal their first victory in this season’s Champions League.

And following the final whistle, Barcelona’s goalscoring hero praised his under-fire manager for his wise words at the break. 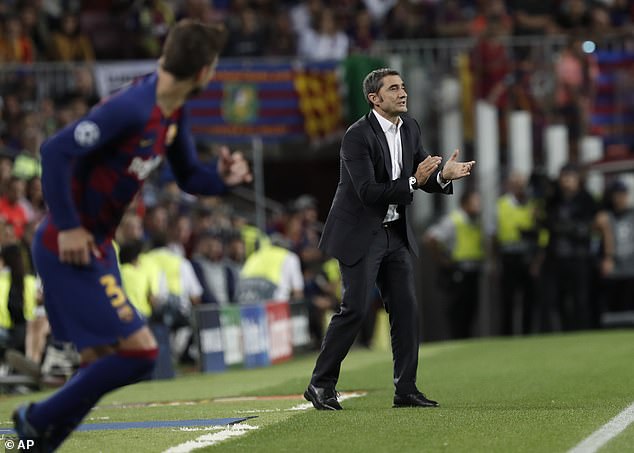 ‘The manager spoke to us at half time about the issues from the first half.

‘He told us to be more focused in both our pressing of Inter, but also how we looked to use the ball.

‘That is what we have this manager for.

‘He corrects our mistakes and shows us how we can improve.’ 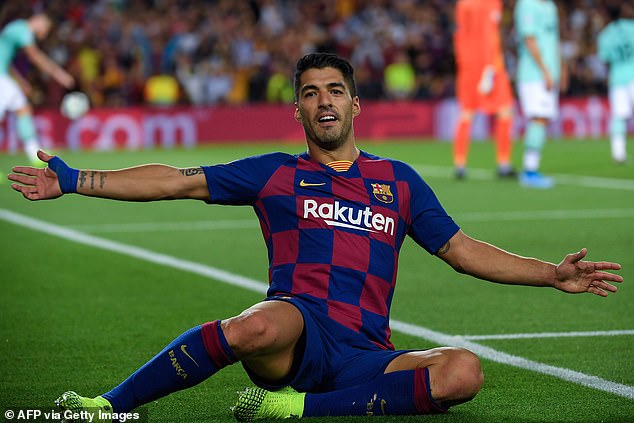