‘We will solve it with within the club and not publicly’: Barcelona manager Ernesto Valverde insists any dressing room problems will be dealt with behind closed doors after criticism by goalkeeper Marc-Andre ter Stegen

Barcelona manager Ernesto Valverde has insisted any problems in the dressing room will be solved behind closed doors after Marc-Andre ter Stegen’s damning assessment of their performance in Prague last week.

The German goalkeeper was publicly critical of Barcelona’s display in their narrow Champions League win over Slavia Prague, insisting the players ‘need to talk about some things’.

Barcelona were lucky to come away with all three points from the Czech capital and must improve if they are to challenge for the European title this season. 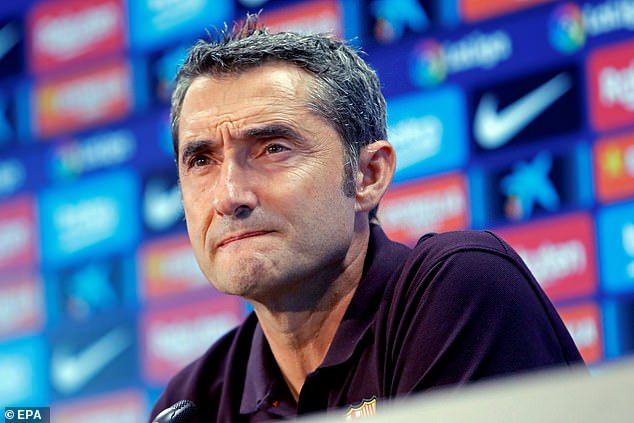 After the game, ter Stegen said: ‘I think we need to talk about some things. I think that’s something we have to look at ourselves. I won’t say it here because it’s more internal.

‘It’s not my thing, I’d like to speak to the players who were on the pitch first.’

Despite his goalkeeper’s thoughts, and the way his side played in the final period of the game in Prague, Valverde believes there is nothing to worry about and wants any issues to remain behind the scenes.

‘When matches end, everyone leaves with an opinion of what happened on the field,’ he said on Monday. 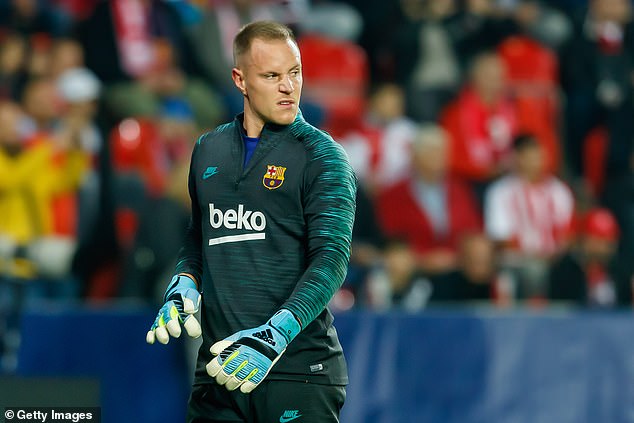 ‘Matches can be seen in many ways, and if we have to solve something, we will solve it with within the club and not publicly.

‘When the game ends, people’s impression is of the final minutes and they don’t think about the overall game.

‘In the first half of the Slavia game we had two or three chances on goal, they attacked and we did as well. In the second half, they got an early goal and we managed to get the result we wanted in the end.

‘They pressed us and that’s it. If it had been a 4-1 win, we would be talking like we had the same result as in Eibar [a 3-0 victory]. This is football and it is normal.’

Jose Mourinho ‘has been warned that Gareth Bale will struggle at...

Manchester City will play in next season’s Champions League